Paper round: Hutton hints at green light for nuclear power 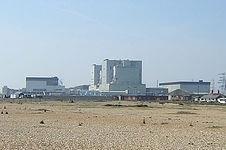 Energy secretary John Hutton is expected to give the green light to a new generation of nuclear power stations this week, according to The Sunday Times. The minister’s statement to parliament, which will set out incentives for power companies to build new reactors, will face fierce opposition from environmental groups. The paper also reported that companies building new nuclear stations will have to set up independent “pension” funds to pay for the treatment of waste and reactor decommissioning.

Trading statements from housebuilders Persimmon and Bovis and estate agents Savills and Rightmove will shed more light on the decline of the British property market on Wednesday predicted The Independent on Sunday. Shares in all four companies have taken a knock as traders gear up for a tough 2008 for the sector.

The conditions for a commercial property crash are “perfect”, according to the Observer. Property returns are falling for the first time in 15 years, yet London’s development pipeline is as high as ever. EC Harris tells the newspaper that half the developments outside the top tier will default.

Population shift: Our friends from the North boost property prices down South

New research from Halifax has highlighted the boost to property prices in the south-east given by the influx of people from other parts of the country, reported The Independent on Sunday. The mortgage lender has calculated around 2.5m people moved to the area from other UK regions between 1996 and 2006.

The Bank of England has been side-lined in a proposed shake-up of the banking system that will hand greater powers to its regulatory partners, said the Daily Telegraph on Saturday. Chancellor Alistair Darling has limited the Bank’s contribution in the event of another Northern Rock-style crisis to an advisory role, while giving the Financial Services Authority (FSA) new powers of intervention.

The operators of nuclear complex Sellafield have agreed to pay local residents around £75m for expanding the country’s only dump for low-level nuclear waste, according to the Independent on Sunday. The controversial move is widely seen as the precursor of a £1bn payment to the community for accepting a repository for more dangerous waste, the paper said.

Energy companies have been accused of overcharging customers by over £1bn a year by exploiting changes in gas and electricity prices, The Sunday Times reported. Firms are quick to pass on price increases to the customer but slow to cut prices when costs fall, the paper says.

Bad news for home-owners such as David Cameron who have a microturbine on their roof . New research says some such devices do not generate enough electricity to power a lightbulb, said the Observer, and others would take 15 years to generate enough energy to compensate for the amount used in the making of the turbine.

The Ministry of Defence extended the Christmas break for tens of thousands of troops in what is thought to be a cost-saving measure, said The Sunday Times. Tory MP Patrick Mercer said up to 40,000 soldiers and officers had been told to stay at home in an attempt to cut lighting and heating costs.

New council tax rises in London and the surrounding counties may be needed to fund the 2012 Olympics according to a leaked report, said The Sunday Times. The Tories say regional quango The Lee Valley Regional Park Authority could be used to bear some of the games’ long-term debts, increasing the burden on local taxpayers.

A letter calling for change in Network Rail’s corporate governance has been circulated among its ruling members following new year travel chaos, reported The Sunday Times. The note, sent by Lord Berkeley, said the company was not being held to account under the current system.

Network Rail is bracing itself for a record fine after it completes its investigation into the rail chaos over the new year, The Daily Telegraph reported on Saturday. The overrun of key engineering work on the west coast mainline and services running to East Anglia from Liverpool Street station affected more than a quarter of a million passengers.

The heads of the largest rail companies are rewarding themselves with pay packages worth as much as £1m each, a survey by The Sunday Telegraph said. Chief executives are enjoying bonuses and above-inflation salary increases as passengers face fare rises of up to 11 % for crowded, late, or cancelled trains. Head of Stagecoach Brian Souter paid himself £1.04m last year, for example.

Network Rail’s directors are to be hauled before the Transport Select Committee to explain the fiasco on the West Coast Main Line that disrupted the travel of 60,000 passengers a day last week, The Sunday Telegraph reported. Newly knighted chairman Sir Ian McAllister and chief executive Iain Coucher can expect a grilling over the company’s planning for the Rugby upgrade, where delays to engineering works paralysed the network.

BA reprimanded over claim that new runway will reduce emissions

BA has been told off by the Advertising Standards Authority for making false claims about the environmental impact of the expansion of Heathrow. The airline has been ordered to withdraw a claim made in an email to customers that a new runway would reduce carbon emissions.

A report from the Communities and Local Government Select Committee has accused the government of “losing its nerve” when deciding to stagger the introduction of home information packs (HIPs), reported The Independent on Sunday. The committee of MPs said the decision to phase in the controversial packs had created confusion in the housing market.

The NHS is being brought in to run state school under controversial Government reforms, said The Daily Telegraph on Saturday. It said health service trusts are being asked to manage Labour’s city academies – despite fears that hospital managers are already overstretched.

The Daily Telegraph on Saturday says interest rates may fall as low as 4.25% as the economy slows – and the Bank of England may begin cutting them as soon as next week, economists have predicted. The forecast came after a key survey showed that the services sector, which accounts for three quarters of UK economic output, unexpectedly recovered last month.

Mining giant Anglo has postponed plans to sell its £3bn Tarmac business until credit markets return to normal, said The Sunday Telegraph. Cynthia Carroll, Anglo’s chief executive, first announced in August last year her intention to sell Tarmac after months of speculation that it was on the block.

It’s big, it’s bold – but are the citizens of the Czech capital ready for this?

Stephen Bayley, The Observer’s architecture critic, reported on Future Systems’ National Library in Prague, which is facing opposition from the city’s Mayor, the country’s President and others. More than 12,000 people have now signed a petition calling for it to go ahead, and architect Jan Kaplicky tells Bayley: “It’s going to be built.”