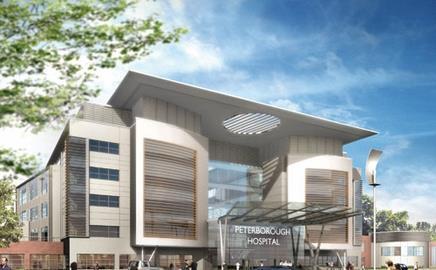 Architect posts pre-tax loss of £105,000 and warns that it will be ‘lucky to break even’ this year

Specialist PFI architect Nightingale Associates has warned that the slowdown in government healthcare spending will hit profit in its next set of financial results.

Richard Herrington, Nightingale’s managing director, said the firm might not make a profit in the year ending March 2007. He said: “It’s not just PFI – it’s healthcare in general. The government’s lack of investment has hit us hard. We were looking at a £1m profit but now we’ll be lucky to break even.”

The firm’s warning comes as its financial results for the year ending March 2006 were posted at Companies House. The figures show a pre-tax loss of £105,000 – a £449,000 drop from the same period the previous year.

A spokesperson for the Tribal Group, Nightingale’s parent company, said that accounting rules meant that the architect was still bearing the cost of its acquisition by Tribal, which took place in 2002, in its accounts.

In its preliminary results this year, Tribal acknowledged that the architect had experienced a difficult year. It said: “There has been uncertainty over PFI. Large projects have been delayed, resulting in revenue slippage and impacting margins.”

Nightingale is still waiting to hear if its £220m Peterborough Hospital PFI scheme for a Multiplex-led consortium will reach financial close. The team was appointed preferred bidder in March 2005 and the architect had expected a decision in late 2006.

For more on Nightingale, go to www.building.co.uk/archive