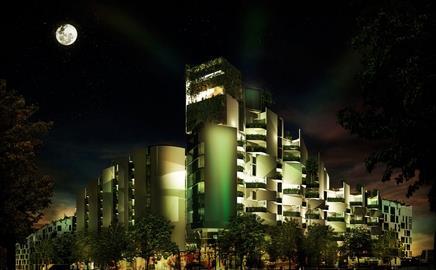 English Partnerships (EP), the regeneration agency that owns the site, announced today that it had chosen Places for People (PfP) to develop the first phase of the West End Central scheme.

PfP beat Crest Nicholson, Urban Splash and the Metropolitan Housing Trust to secure the site, which is off Midsummer Boulevard, the town’s main road.

The deal is the biggest success so far by a registered social landlord going head-to-head with the private sector. PfP manages more social rented dwellings than any other landlord in the UK but it is increasingly diversifying into private development.

The group will build 650 homes on the 2.9ha site, including some townhouses.

John Lewis, EP’s regional director for the east of England and Milton Keynes, said PfP had offered slightly more for the site than other bidders. But he said the main factor had been PfP’s offer of long-term management.

David Shaw, PfP’s development director, said: “We come at it from a slightly different direction, which is about creating something iconic for Milton Keynes and a place where people want to live, rather than maximising our internal rate of return. We are using the lower rate of return to invest in the social and environmental aspects of the building.”

He said PfP was funding the project from its reserves rather than relying on grant funding.

The group is proposing that about 70% of the units will be for private sale; the remainder will be a mix of social rented and shared ownership.

Shaw said the site would be broken into three parts. These will be designed by HTA Architects, Alison Brooks Associates and Rick Mather. All three practices will base their designs on a masterplan drawn up by Mather.

The centrepiece of the scheme is a 20-storey tower with a rooftop restaurant, which will be the tallest building in the mainly low-rise town centre.

For more on Milton Keynes go to www.building.co.uk/archive