Bam and Ramboll pause work because winter is coming 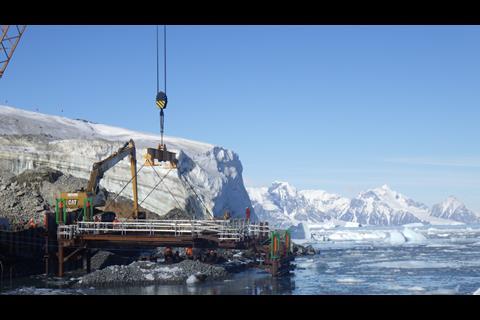 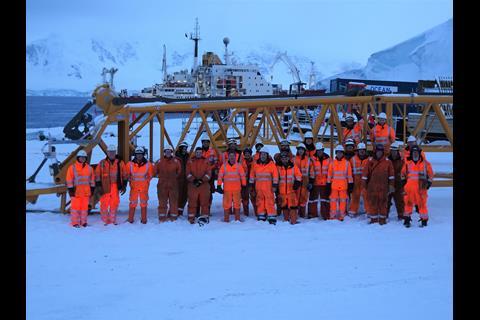 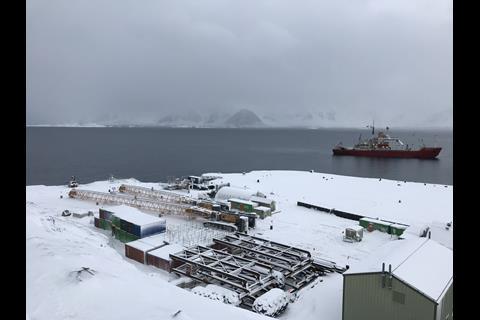 The firm has completed demolition of a wharf at Rothera (pictured), a British Antarctic Survey research centre.

Assisted by technical advisor Ramboll, the first phase also saw six of 20 steel frames installed for what will become a new 74-metre wharf with more depth than its predecessor.

The extra space is needed to host the RRS David Attenborough, whose name was announced by then science minister Jo Johnson in 2016 after more than 27,000 people voted for it to be named ‘Boaty McBoatface’.

Although ballot organisers National Environment Research Council (NERC) rejected the public’s choice, an autonomous submarine to be carried on the Attenborough was later handed the name.

The remainder of the new wharf will be built for NERC later this year and as well as more space will feature a new crane, improved cargo handling facilities and easier access to small boats and gliders.

But for now, steel piles have been used to protect new sections from icebergs during the forthcoming winter, with plant and equipment having been prepared for the harsh weather.