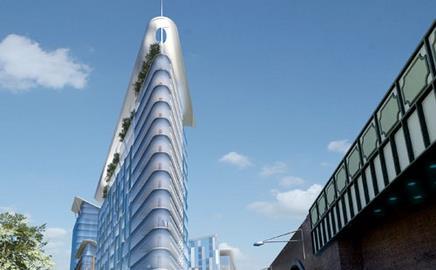 Number of new homes at detailed planning stage falls 43% in March, with the North hardest hit

The number of planning applications for new homes in mainland Britain fell 43% in March, according to figures compiled for Building.

The figures, from research company Barbour ABI (below), show planning applications for March at little over half their value in February, as developers continue to react to the contracting housing market.

The north of England was the hardest hit with the number of applications down by more than half on the previous month to just 99, a 53% fall. However London and the South-east and the Midlands were almost as badly affected, both registering falls of 47%.

Applications fell to just 174 in London, despite running at an average for 300 for the past year.

The figures also show a 37% fall on the same month a year ago. Overall, 617 applications were submitted in March in mainland Britain, down from 975 in March 2007, and down from 1,075 in February.

Richard Donnell, director of research at housing data company Hometrack, said it was a surprisingly large fall, even given the economic conditions. “Developers are concentrating on shifting stock already in the development pipeline. There’s a quite a big reassessment of their existing landbanks going on.”

However Donnell cautioned on reading too much into one month’s figures, which can show large variations.

Nonetheless the figures come amid increasing gloom for housebuilders, given the continuing contraction of the mortgage market. This week the last provider offering a 100% mortgage to the mainstream market, building society Abbey National, withdrew the offer.

The Council for Mortgage Lenders also issued figures showing that the number of mortgages arranged for new home purchases in February fell by 30% on the previous year.

Overall the value of home loans fell by 5.1% in February from the previous month, to £7.5bn.

In addition the latest house price data from the Halifax showed prices falling 2.5% in March from February, with prices now only 1.1% above what they were at this point last year. The West Midlands and Wales had the largest price falls.

For more on the housing market go to www.building.co.uk/housing.