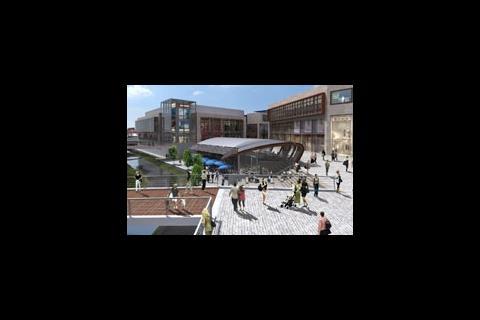 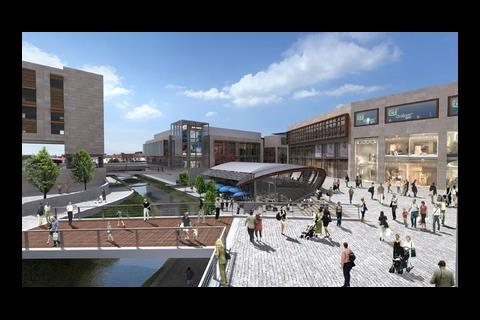 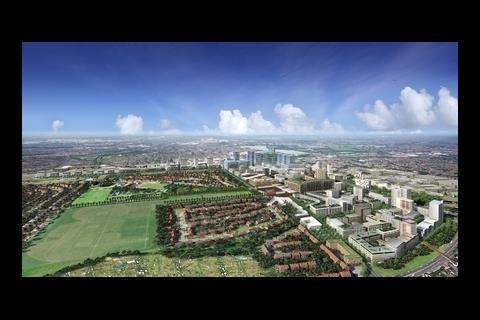 Plans for a £4.5bn regeneration scheme to create a new town centre in Cricklewood and Brent Cross have been submitted to the London Borough of Barnet.

The 151ha north London scheme, which would provide 7,500 homes and 27,000 jobs, is intended to create a new gateway to the capital.

The development will feature pioneering environmental technology. It aims to be the first in the UK to combine automated waste collection through a network of underground pipes, linked directly to a new waste handling and recycling facility. The waste collected would produce fuel for a combined heat and power plant on site.

The location has major transport links, with both the North Circular road and the Midland Mainline rail route passing through the site, which is bordered by Brent Cross shopping centre to the north, the A41 to the east, Cricklewood Lane to the south and the A5 to the west.

Infrastructure investment would increase the area's accessibility by public transport, providing an additional mainline rail station linked to an existing station along a new high street featuring a series of public squares. This would connect to an enhanced Brent Cross shopping centre and Brent Cross Tube station, with a new bridge taking the high street across the North Circular road.

The planning proposals will go on exhibition soon and Barnet council will seek the views of residents in and around the regeneration area.

The leader of Barnet council, Cllr Mike Freer, said the scheme would provide “a huge boost to employment while at the same time safeguarding the environment”.

He said: “This is a major development that will deliver a new residential area of the highest quality, and which will also achieve the highest possible eco standards.”