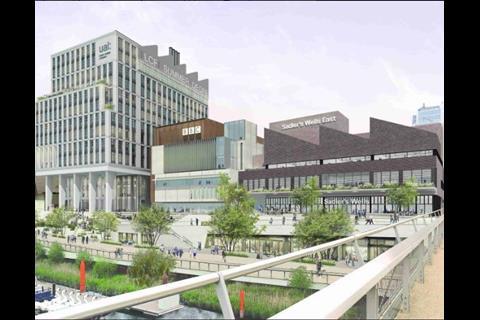 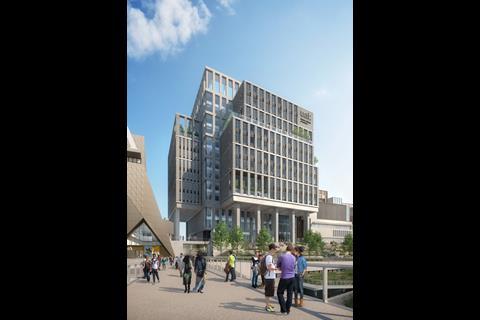 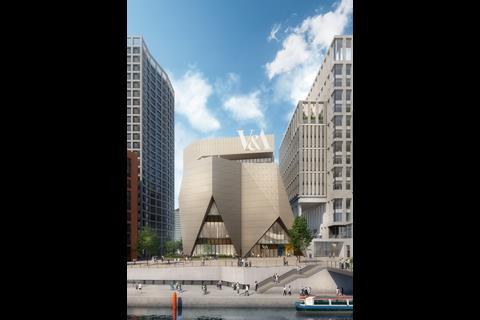 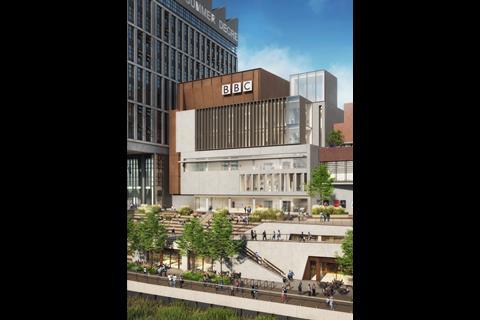 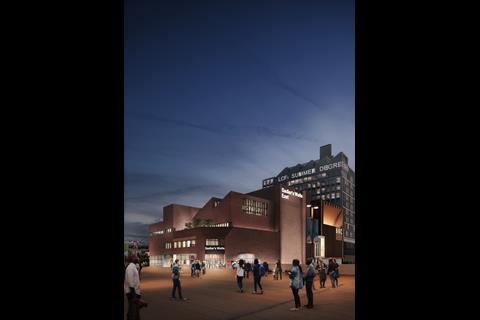 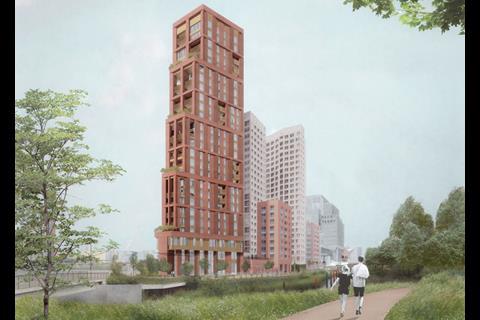 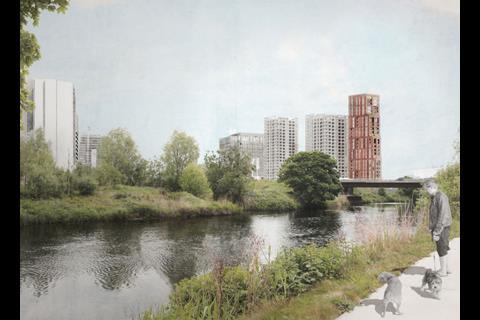 The concept design for East Bank's 600 homes, seen from the north-east. The tallest block is by O'Donnell & Tuomey, the remainder by Allies & Morrison. 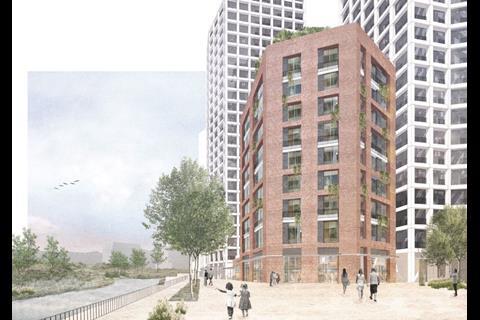 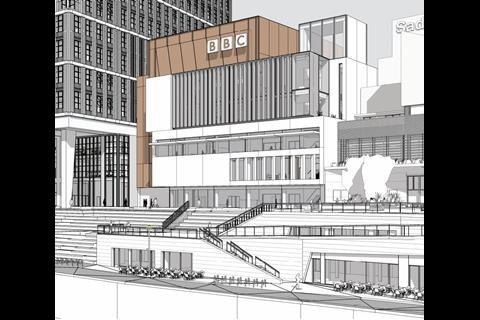 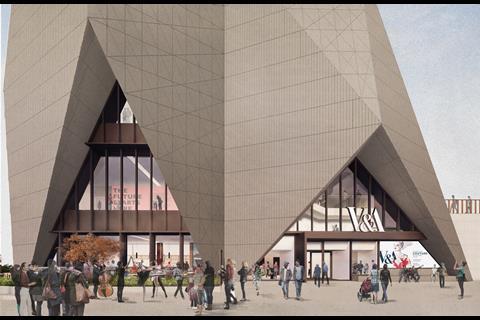 The London Legacy Development Corporation has submitted a planning application for Stratford Waterfront, as part of its £1.1bn plans for the East Bank regeneration at Queen Elizabeth Olympic Park.

Stratford Waterfront, which has been masterplanned by Allies and Morrison and will be project managed by Mace, will be home to the V&A, Sadler’s Wells, UAL’s London College of Fashion and the BBC, as well as a new residential neighbourhood.

Rosanna Lawes, executive director of development at the London Legacy Development Corporation, said: “This announcement takes us another step closer to realising one of the most ambitious and largest culture and education investments the capital has ever seen, creating thousands of jobs and huge opportunities in the heart of east London.”

The plans include a 550-seat theatre, centre for choreography and a hip hop academy for Sadler’s Wells, designed by O’Donnell + Tuomey, as well as an Allies and Morrison-designed hub for UAL’s London College of Fashion, which will integrate six college sites onto one campus.

V&A East, will include a co-curated programmed with the Smithsonian Institution, has also been designed by O’Donnell + Tuomey, while the BBC’s new base in the capital’s east, which Allies and Morrison has designed will be home to the BBC Symphony Orchestra, BBC Symphony Chorus and BBC Singers as well as for the BBC’s Rock & Pop studio.

The proposals also include a new Allies and Morrison-designed residential neighbourhood, with 600 new homes including 35% affordable housing.

Subject to planning, Stratford Waterfront is expected to open from 2022.

The planning application follows the planning consent for a new campus at UCL East which was granted permission earlier this year, and the launch of the V&A Collection and Research Centre at Here East, the former Queen Elizabeth Media Centre, earlier this month. The V&A is now looking for a contractor for the collection centre.