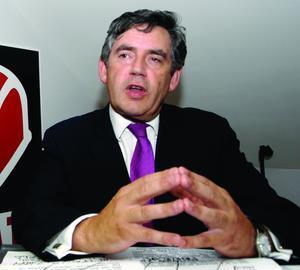 Gordon Brown’s creation of a single government department to tackle climate change has been broadly welcomed across the political spectrum. The Department for Energy and Climate Change (DECC) is headed by Ed Miliband who was moved from the Cabinet Office in the reshuffle. The Department strips those responsibilities from DBERR and Defra.

Rebecca Wills, vice chair of the Sustainable Development Commission (SDC) the government’s green watchdog, said: “Combining energy and climate change policy under one secretary of state is a welcome move … This change will make it far easier to make joined-up decisions in an area which is crucial for the UK and the world.

“By making the right sustainable energy choices, we can tackle energy security and climate change together, and we look forward to working with Ed Miliband to this happen.”

Business group, the Association for Consultancy and Engineering (ACE) welcomed the decision to set up a new department for climate change, but stressed the need for more joined-up government across departments with overlapping remits.

Its chair, Ian Burdon, said: “The creation of a dedicated department for energy and climate change is long overdue. Given the scale of the challenges facing us in keeping the lights on and reducing carbon emissions, it is vital that we now have dedicated cabinet rank leadership.”

"We … have another new department dabbling in the environmental brief. As well as Defra, BERR, CLG and the Committee on Climate Change, we now have the Department for Energy and Climate Change (DECC). Let’s hope nobody confuses it with display energy certificates (DECs) which came into force this week.”

Green charities were upbeat. Friends of the Earth welcomed the creation and Greenpeace said the move was “potentially fantastic news.”

The announcement was somewhat overshadowed by the arrival of Peter Mandelson in the cabinet for the third time after two previous sackings.