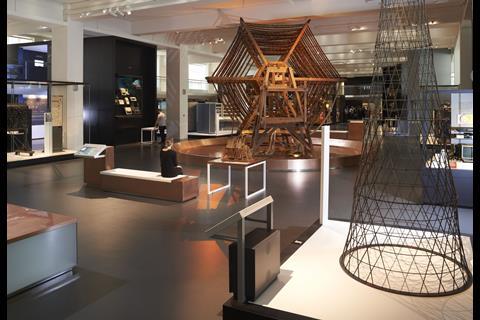 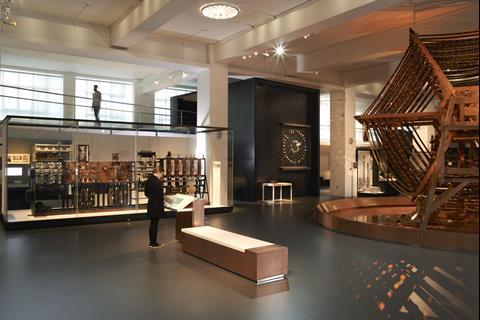 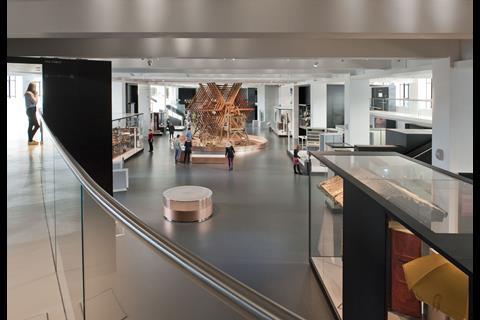 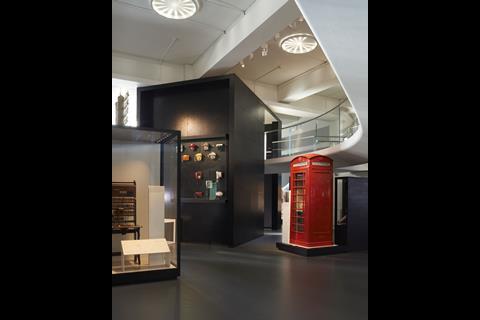 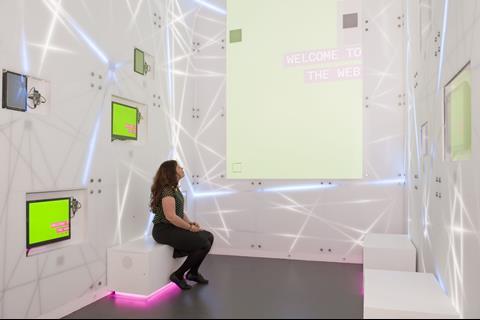 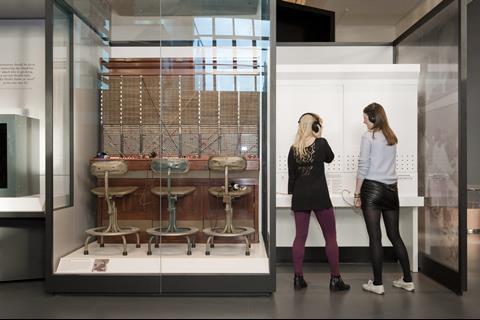 The first major gallery to be completed as part of the Science Museum’s £60m transformation plans was opened by the Queen today.

Universal Design Studios’ Information Age gallery is the first gallery to be unveiled since the ambitious masterplan project was announced under the new director Ian Blatchford and estates director Karen Livingstone.

It fills one of the South Kensington museum’s biggest spaces, formerly occupied by the shipping gallery.

Architect Jason Holley, a director of Universal Design Studio (UDS) which was lead architect and exhibition designer, said it was fitting that an exhibition on one revolution that changed the way the world communicated should be replaced by another.

Exhibits include a model of Moscow’s Shukhov Tower, a real satellite and the BBC’s first transmitter, an enormous wooden work bench with copper coils and blown glass lab bottles.

UDS stripped the gallery back to the original structure, opening up once-obscured views of the Natural History Museum’s towers.

It conceived the space as a town square whose centrepiece is a 6m tall wooden tuning inductor dating from 1943.

“We wanted to create a beautiful, elegant space that had a real permanence to give a physicality to what is quite an intangible subject,” said Holley.

“People think, ‘I’ve got a mobile phone; I know all about communications’ so we wanted to turn their perceptions on their heads immediately and draw them into the space. That tuning inductor looks almost medieval.”

A raised walkway snakes round the edge of the space linking two-storey matte black “story boxes” which can be read as facades facing the central space.

Each story box is devoted to a different aspect of communications and UDS worked with a number of scientists and storytellers including a puppeteer to animate these.

“It’s been a fantastic collaboration,” said Livingstone. “UDS’s attention to detail, absorption in the subject matter and willingness to work with the curatorial team is reflected in the purity of design and accessibility of it all.”

Chief curator Tilly Blyth added: “This gallery started life four years ago as two sheets of A4 and a hell of a lot of ambition.”

The Science Museum has run a series of high-profile design competitions for various parts of its estate which will see projects by Zaha Hadid, Phil Coffey, Muf and Wilkinson Eyre opening in the next few years.