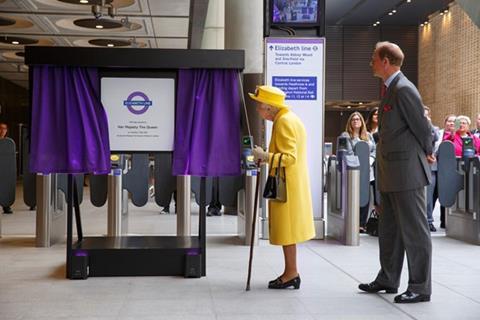 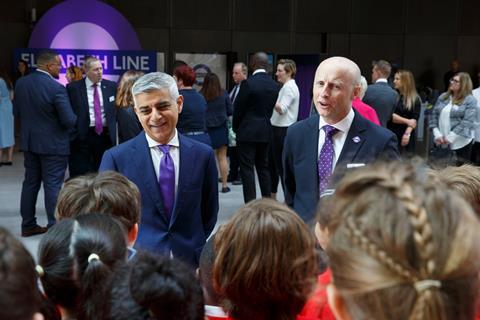 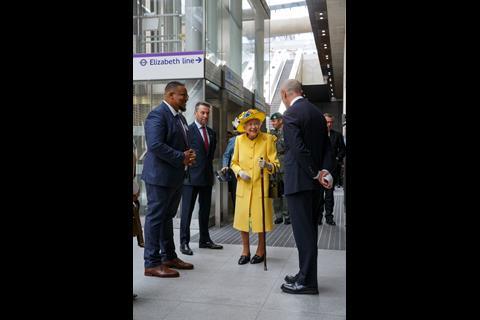 Queen Elizabeth II made a surprise visit to Paddington station yesterday to mark the official opening of the Elizabeth line, ahead of its opening to passengers next Tuesday.

She was joined by Prince Edward to unveil a plaque celebrating the long-awaited completion of the Crossrail project.

The new line, named in the Queen’s honour, will increase central London’s rail capacity by 10%, relieving pressure on existing rail and Tube lines.

The Queen last visited the railway during its construction in 2016 to mark the project’s change of name from Crossrail to the Elizabeth line.

The Queen and the Underground 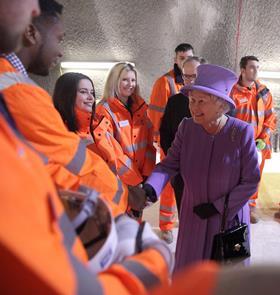 >> Also read: The scheme now approaching the finish is Crossrail: All aboard the Elizabeth line

>> Also read:  Crossrail: How the delay has unfolded

The Elizabeth line will initially operate as three separate railways, with customers required to change at Paddington or Liverpool Street to access the central section of the service.

Bond Street station is expected to open later this year, when the western and eastern sections are connected to the central section, enabling through-travel.

Khan said: “The Elizabeth line is the most significant addition to our transport network in decades and this new line will revolutionise travel across the capital and the south east and bring economic benefits to the whole country.

”There is now just one week to go until our world-class new railway will be open to passengers, and I can’t wait for everyone to experience it.”

Shapps said: ”London has long been viewed as a pioneer in world leading transport systems and the Elizabeth Line is no exception.

“Just one week from now, Londoners will have access to faster and cheaper travel on board these state-of-the-art trains and it’s an honour to have played a role in this through the government’s £9bn investment.”