Infrastructure strategy to be fleshed out early next month 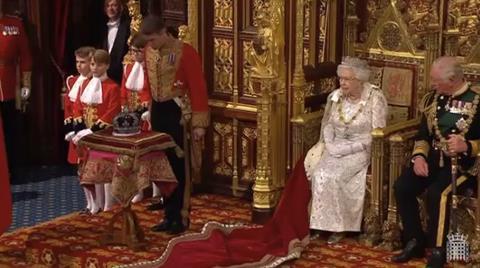 The government has promised a further clampdown on building safety, with the Queen’s speech outlining plans for new laws – but housing and HS2 failed to earn a mention.

There was no reference to either housing or HS2 in the speech, despite both topics earning a mention in the 2017 Queen's speech – the most recent to take place after last year's was cancelled due to Brexit.

Peter Hogg, the UK cities director at Arcadis, said: "What was notable by its absence was any overt commitment to HS2 and the need to address our national housing shortage, perhaps because the government does not see any pre-electoral benefit in having these provisions exposed to early opposition.

"Although there were positive commitments to new building safety standards post the tragic Grenfell incident, there was little else to suggest that government sees the housing crisis as its problem to solve."

ANALYSIS: What did construction want from the Queen’s speech?

While HS2 was not mentioned in the formal speech it was referred to in the Queen's speech briefing note.

It said the High Speed Rail 2 (West Midlands - Crewe) Bill, which will be required for Phase 2a of the project and had its second reading in the Lords in September, is now able to be continued in this parliamentary session.

But the government did pledge to formalise building safety standards.

He said: "Designers, developers, product manufacturers and building owners need to be given clear duties in relation to building safety and clear guidance on those duties.

"It is important that the new regulatory framework does not create a two-tier safety system. We need a partnership between the new building regulator, councils and fire services, with local authorities given effective powers, including meaningful sanctions."

Brian Berry, chief executive of the Federation of Master Builders, said the announcement was an "essential step in improving safety and confidence in our built environment" but warned the government needed to go further.

He added: "The government must publicly consult on a mandatory licensing scheme for all UK construction companies. This would serve to remove from the industry any firm that ignores health and safety procedure and risks safety in and around the built environment."

She said: "To ensure the benefits of a prospering economy reach every corner of the United Kingdom my ministers will bring forward a National Infrastructure Strategy. This will set out a long-term vision to improve the nation’s digital, transport and energy infrastructure."

The strategy is expected to be confirmed in line with the budget – which is due to be held on 6 November.