EDF says job has gone up by as much as £2.9bn because of ‘challenging’ ground conditions 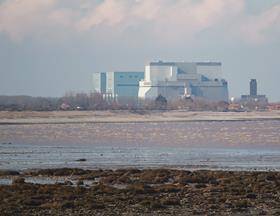 Doubts have been raised over whether the escalating cost of earthworks at the Hinkley Point nuclear site is the biggest single reason for the scheme blowing its budget by as much as £3bn.

Last month French power giant EDF said the cost of the scheme had gone up by £1.9bn-£2.9bn because of “challenging” ground conditions “which made earthworks more expensive than anticipated”.

The price tag of the job is now up to £22.5bn, although the firm says it is still on schedule for Hinkley to generate power in 2025.

But one former employee of a Hinkley contractor who worked on the scheme before leaving his role, told Building the idea that groundworks were responsible for the bulk of a near £3bn cost overrun was unconvincing.

A Kier-Bam joint venture has been carrying out work at the site, with the team’s contract rumoured to be now nearer £300m rather than the original £203m, while further groundworks activity has been wrapped up in the main civils job undertaken by Bouygues-Laing O’Rourke and the large “marine works” given to Balfour Beatty.

But the source said: “The entire civils package was only in the region of £3bn. You’d have to double that. It must be more than groundworks.”

He attributed the increase to general construction cost inflation and high labour costs alongside a failure to take account of the specific requirements of nuclear construction – such as the high grade of concrete.

“There are very few people in the industry who’ve worked on nuclear power station projects before,” he said. “And everyone was warned repeatedly it was going to be much more difficult, but nobody believed us.”

In a statement, EDF said ground investigations before starting showed “weathered rock in places, with a number of faults” adding that as work progressed “it became apparent that the extent of the faulted zones was more extensive than envisaged.

“In addition, the areas of highly weathered rock degraded quickly, despite tight controls in terms of the maximum duration it could be exposed prior to blinding with concrete. These issues have led to additional excavation, additional ground nailing and additional substitution/replacement concrete.”

The scheme has required excavating 2.3 million m3 of rock across a site the size of 240 football pitches.