Chief executive has been in post since beginning of 2015 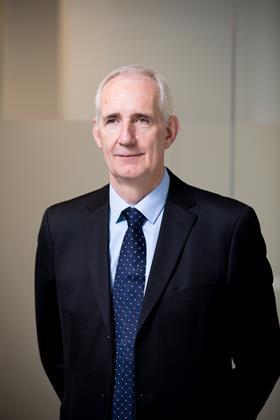 Balfour Beatty chief executive Leo Quinn has said he remains committed to staying at the country’s biggest builder after posting more evidence of the recovery it has made under his four year stewardship.

The firm yesterday hiked interim pre-tax profit nearly a third to £63m.in the half year to 28 June with Quinn saying its UK construction business will post full year margins of between 2% and 3% by the year-end.

Quinn (pictured) joined the business at the beginning of 2015 and one of his first tasks was to announce a £300m-plus pre-tax loss for 2014.

But having completed a turnaround, Quinn, who turns 63 in December, said he had no plans to draw a line under his work and move on.

“It’s such a good business, it would be a shame to leave it behind,” he said. “We’re poised for the biggest uplift in the order book for 20 years. I’ve no plans to go anywhere.”

He said the firm had been managed “in a common sense way” and had avoided splashing out on acquisitions which have hobbled others, notably Kier.

“The problem this industry has had is forced growth. We haven’t used topline growth to fund historical losses.”

And he said businesses got into problems because of poor decision-making at the top. “It comes down to leadership. The job of the captain is to set the compass, point the ship and move to an end destination. When you run it like your own business, returns get generated.”