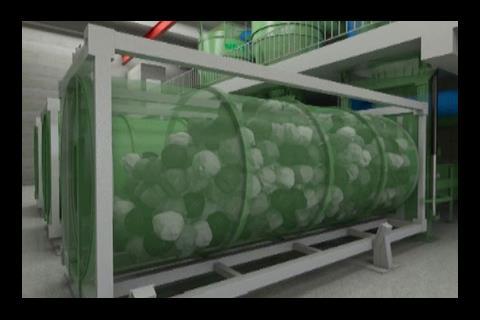 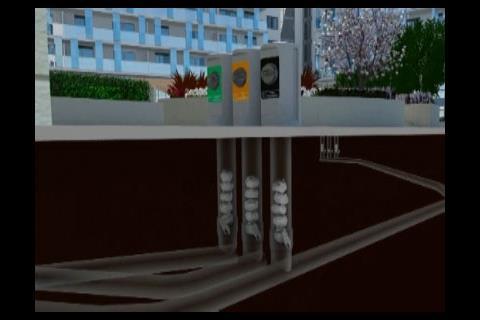 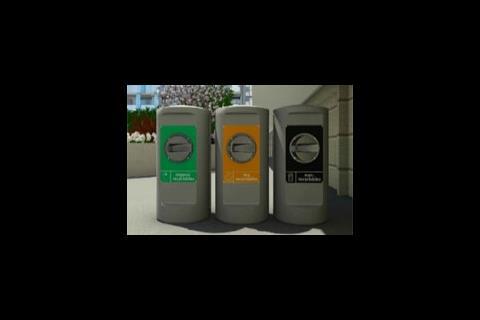 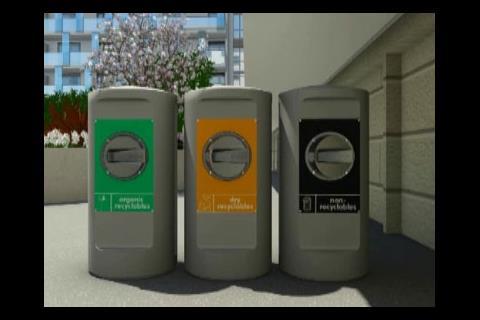 The UK’s first automated waste collection system where rubbish is sucked from homes via underground pipes to a central collection point has been switched on today.

The system, made by Swedish specialist Envac, has been installed at developer Quintain’s mixed-use Wembley City scheme adjacent to Wembley stadium in London.

Residents are moving into the first completed building on the 34ha scheme and have been using a conventional waste collection service until today.

The building features a courtyard containing three collection points adjacent to the building entrances. Each collection point has three separate chutes which look similar to a post box. Residents separate their waste into three streams, organic material, recyclable items including glass, paper and plastic and non recyclable waste. The waste is placed in each chute through a door similar to a washing machine where it drops into a holding point.

Periodically the accumulated waste is sucked through underground pipes at speeds up to 70km/hr to the central collection point. Each holding point features a remote controlled valve which means only one pipe is needed for the three waste streams. Waste can be sucked from up to 2km away from the central collection point. The waste is sucked into a compactor before being deposited into a lorry sized container. These are collected by the council’s waste contractor.

Quintain say that the system eliminate refuse trucks on the development which cuts carbon emissions and improves the physical environment. It also says the costs of the system are offset by space saved on bin storage and handling. The local council, Brent isn’t allowed to reduce resident’s council tax but Quintain is negotiating with the council about making a contribution to the costs of running the Wembley City estate.

How Envac works at Wembley City