Radon in homes 'responsible for 1,000 deaths a year' 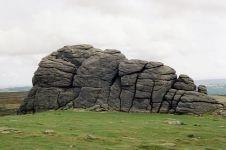 Over 1,000 people are dying every year from a natural poisonous gas that oozes out of the ground, because existing building guidelines are not strict enough, according to reports.

The Independent said radon, which when inhaled is a cause of lung cancer, is seeping into buildings through cracks and holes in the foundations.

Radon naturally leaks out of the rock that much of Great Britain and Europe stand on. It is produced by the radioactive decay of uranium-238, which exists throughout the Earth’s crust.

Concentrations outdoors are low, but inside, the gas can build up and significantly increase the risk of cancer to the occupants.

Levels of the poisonous gas are highest in houses on Dartmoor, which are built on granite, and in areas of Wales and Scotland.

Existing UK policy is to identify areas where levels of radon are high (above 52 becquerels per cubic metre) and subsequently seal the foundations of new homes.

In already existing buildings, owners are advised to create a “radon sump” by digging below the foundations, and using a fan pipe to blow the gas to the outside.

However, researchers from Oxford University believe the current policy is misguided, with over 95% of deaths from radon occurring at levels of exposure below the current action level.

They suggested a more productive alternative would be to create a nationwide policy to install sealed membranes, costing around £100, into all new houses, wherever they are built. Researchers estimate that this could save around 1,000 lives over the first 20 years.

Many homeowners are refusing to have their homes tested or to spend money to reduce their radon levels.

A commentary on the findings in the British Medical Journal described the study as the “most extensive and detailed evaluation to date” of polices to counter lung cancer deaths brought on by radon.

Europe has a higher average of radon levels than in Britain, with an estimated 18,000 deaths a year caused by the effects of the gas.