Industry among worst hit along with retail and hospitality

Construction has seen one of the most significant falls for job prospects of any industry since the coronavirus lockdown began.

The Recruitment and Employment Confederation (REC) said the sector along with retail and hospitality were among the hardest hit by the pandemic now gripping the country. 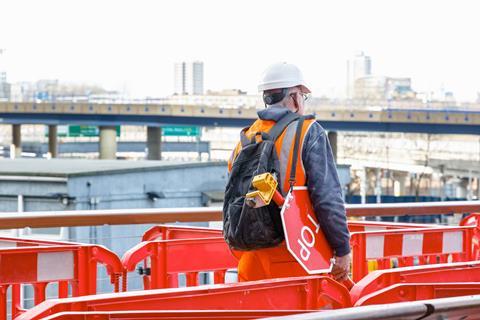 Tom Hadley, director of policy at the REC, said the decline in these sectors was “particularly steep”.

The biggest regional decline was in London followed by the Midlands.

But he added: “Demand in sectors like logistics and healthcare on the other hand have peaked and the recruitment industry is working with government and other bodies to place staff into key worker roles quickly and help the country through the coronavirus crisis.”

The situation is now likely to be even worse as the data only covers the fortnight between 12 and 25 March – just two days after Boris Johnson put the country into lockdown meaning large parts of the construction industry shut down later that week.

But Hadley said new ONS figures showed the fundamentals of the jobs market were sound.

It reported the UK employment rate in the three months to February 2020 was estimated at a record high of 76.6%, 0.4 percentage points higher than a year earlier and 0.2 percentage points up on the previous quarter.

He said: “This will help us to bounce back post-crisis. How quickly this happens depends on the steps government takes now to protect businesses.”

More than 140,000 firms have applied to use the government’s Coronavirus Job Retention Scheme which formally opened on Monday.

Last week chancellor Rishi Sunak extended the initiative by another month to the end of June.