Carillion’s £1.6bn Birmingham Energy Savers project is one of 49 local authority schemes being revised or on hold 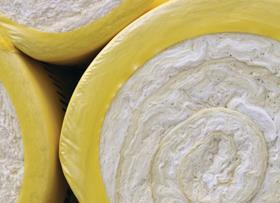 The figures come just a week after the government confirmed the details of its plans, first announced in December, to cut the Energy Companies Obligation (ECO), which subsidises energy efficiency retrofit projects.

According to the government’s own calculations, its cuts will cost 14,000 jobs and slash £900m from the programme.

Now figures from the Labour Party collected through Freedom of Information requests to 146 local authorities show that 49 schemes have already been stopped or put on hold even though the plans are still out to consultation.

Instead of making energy companies honour their obligations, Cameron has let them off the hook

The figures show that over 54,000 homes would have been treated through ECO under the 49 schemes, but this is now likely to fall.

Local authorities have been a major player in delivering ECO and Green Deal schemes in concentrated local programmes, and are acknowledged by experts and politicians as critical to driving the success of the Green Deal and ECO.

Labour’s shadow energy secretary Caroline Flint, who uncovered the figures, said: “The best way to cut people’s energy bills is to invest in insulation and save the energy that escapes through our windows, walls and rooftops.

Chancellor missing out on tax revenues from solid wall insulation

The government failed to consider the benefits of the tax receipts it receives from the solid wall insulation industry before slashing one of its main retrofit programmes, research by the Institute of Public Policy Research has found.

Earlier this month the government announced plans to cut its support for solid wall insulation, which is primarily delivered through the Energy Companies Obligation.

But this week a  report by the IPPR said that investing in solid wall insulation would create “substantial levels of revenue for the exchequer”.

It said the government had not accounted for the money it would get back from keeping subsidies in place through VAT, corporation tax, income tax, nor the savings on unemployment costs and on the NHS due to the improved health of residents that have solid wall insulation installed in their homes.