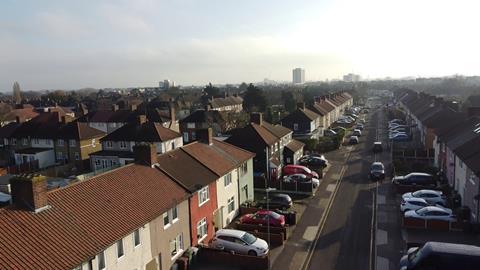 The RIBA is urging the government to launch a national retrofit programme to insulate all Britain’s interwar homes, saying it can no longer afford to side-line the issue of decarbonising housing.

The institute said to improve all homes that currently have an EPC certificate of C or below would cost £37.5bn – or £11,379 per home.

The RIBA is focusing on the 3.3 million homes built between the wars because they are among the worst insulated and the most easily improved.

The institute says decarbonising the nation’s homes is essential if Britain is to reach the government’s commitment to be net zero by 2050.

The process would also “drastically reduce fuel poverty, create half a million green jobs, and positively contribute to the national levelling up agenda,” wrote president Simon Allford in his foreword to the 65-page report, Homes for Heroes.

It would also cut England’s total carbon emissions by 4%, the equivalent to completely decarbonising the waste and recycling sector.

“The government can no longer afford to side-line the decarbonisation of our existing homes,” said the report. “Following on from the Net Zero Strategy published in 2021, it is essential that the government brings forth an ambitious and thorough National Retrofit Strategy, that concentrates in part on England’s interwar homes.” 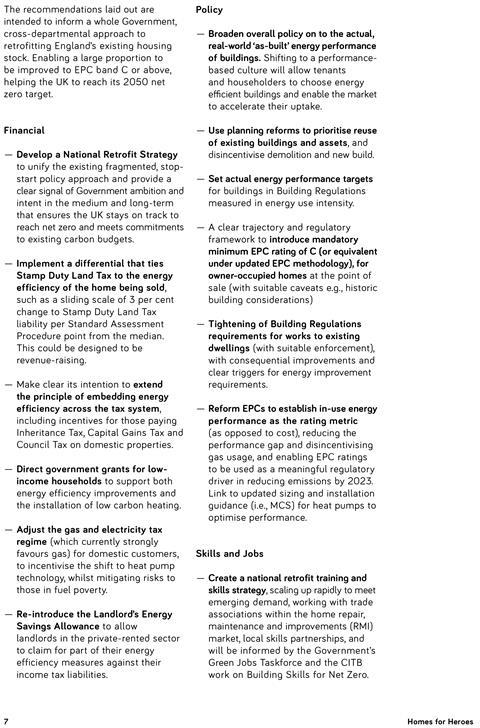 Recommendations from the RIBA Homes for Heroes 2022 report

It cited Department for Business (BEIS) figures that 647,000 interwar homes were fuel poor last year, or 17% of interwar households – higher than the overall national rate of 13%. To date only 10% of the UK’s interwar homes have an EPC rating above band C.

Many were built with solid walls or have uninsulated cavity walls. Many were built as large estates such as Becontree in east London and Kingstanding in Birmingham – and the uniformity of their construction lends itself to customisation of mass retrofit solutions.

Properties with uninsulated solid walls have the highest rate of fuel poverty (21% of households) with an average gap of £291, whereas those with insulated solid walls are less than half as likely to be fuel poor (9%) with an average gap of £165. With interwar homes making up 50% of the solid wall houses in England, and with 18% of interwar households living in fuel poverty, retrofitting these would drive down the number of fuel poor households dramatically, said the RIBA. 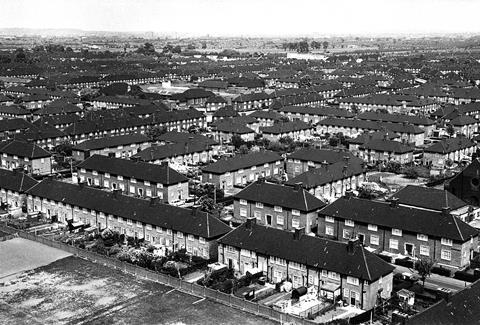 Becontree was built between 1921 and 1935 by the LCC. It became the largest municipal housing estate in the world with 26,000 homes and, at one point, 100,000 people on four square miles of land in Barking & Dagenham.

It urged widespread improvements such as insulation of lofts and walls, draught-proofing doors, windows and floors, double or triple glazing, smarter appliances and changes to heating systems. It said a fabric-first approach was necessary before installing non-fossil fuel heating.

“They require urgent retrofitting, and this is highly achievable, as their uniformity favours mass customisation.

“Indeed these interwar homes present a real opportunity to gain ground when it comes to retrofitting our housing stock. By regenerating these homes, we can improve the health and wellbeing of those in fuel poor households, significantly reduce carbon emissions, and set a precedent for local authorities, housing associations, landlords and homeowners up and down the country.

“We urge the government to rise to this challenge by breaking down financial barriers, overcome technical challenges and boost consumer confidence.”