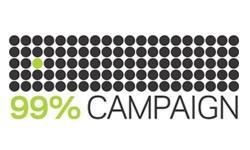 The RICS has called on the government to introduce fiscal incentives and a compulsory Code for Sustainable Buildings to improve the energy efficiency of Britain’s existing stock.

The institution has demanded a reduction in VAT from 17.5% to 5% for retrofit and refurbishment, and has asked the government to ask for a share of an EU fund for improving the building stock in deprived areas.

The RICS made the demands as it launched a set of recommendations on transforming the existing stock. The report, based on research by Cyril Sweett, also advocates:

The RICS said it would bring out guidance for its members later in the year on the most sustainable way to retrofit and refurbish buildings.

The report says the best way to make stock more energy efficient is to establish a “typical” building, that owners can then compare with their own property.

The report says: “Through the provision of more robust data, building owners and developers will be able to compare building energy and water consumption with typical practice for new buildings and adopt appropriate improvement targets.”

The report is being launched by Alan Whitehead, the Labour MP behind the Climate Change and Sustainable Energy Act 2006.

It also criticises the lack of incentives and claims the UK is short of guidance and leadership in improving the existing stock.