RICS rebuffs calls for investigation into staff furloughing during pandemic

The Royal Institution of Chartered Surveyors has refused a request by a group of 40 former and current employees to launch an investigation into how the organisation selected staff to be furloughed during the pandemic.

The group has demanded an independent inquiry with the “same weight” as last month’s Levitt report, which led to a series of high-profile resignations at the troubled body.

All members of the group were furloughed in April 2020 during the early part of the first lockdown, with all but a handful being made redundant in November of that year.

In a statement to the RICS, the ‘RICS Furloughed or Redundant Personnel Taskforce’ said that many of its members felt the way they had been treated was “beyond acceptable”.

A spokesperson for the group alleged that staff were chosen to be furloughed because the RICS had considered them too supportive of the institution’s membership over the interests of the senior team led by Sean Tompkins, who resigned last month. 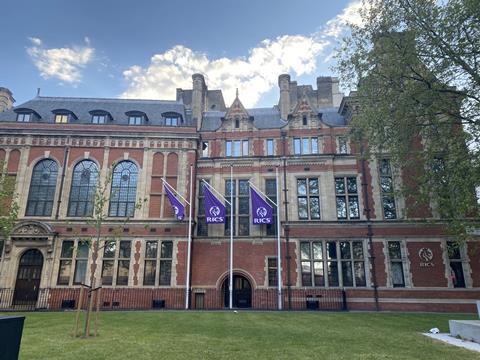 The letter demanded an audit looking into the rationale behind the RICS’ choice of individuals to be furloughed, and why certain questions during the individual’s consultation period had not been answered.

It adds that any inquiry should be undertaken by an independent HR professional, as the group does not believe that the RICS’ in-house HR team will look at the complaint “in an ethical manner”.

In a response to the letter, the RICS said there was “no basis” for undertaking a review and “therefore consider this matter closed”.

The response argued that the furloughing of staff and later redundancies were a “direct response to the unprecedented circumstances which RICS found itself in as a consequence of the Covid-19 pandemic”.

It added that while the loss of staff was “regrettable”, nothing in the Levitt report had suggested improper conduct.

The spokesperson for the group told Building that the RICS was “hiding behind” the independent review.

The RICS’ response to the group, sent on 4 October, came in the wake of apologies issued by the institution to four non-executive directors who were ousted from the body’s governing council in November 2019.

The Levitt report found that the non-execs, who had raised concerns about the suppression of a damning financial report into the RICS’ treasury management, were wrongfully dismissed amid a “power struggle” at the top of the institution.

The non-execs later released a statement criticising the apology, saying they found it “difficult to accept as a statement of genuine contrition” because it appeared on the RICS’ website alongside messages of thanks from acting governing council chair Nick Maclean to Tompkins and former president Kathleen Fontana, who also resigned last month following the publication of Levitt’s report.

Last week Building delivered an open letter to the RICS containing excerpts from more than 25,000 words sent to this magazine by members on changes they would like to see at the institution.

It comes as the RICS hunts for an external reviewer to carry out a review into the purpose, governance and strategy of the organisation, one of the recommendations in Levitt’s report.

Earlier this month, Building revealed that the government had recommended four individuals believed to be retired civil servants to conduct the review, which is set to start by the end of next month.