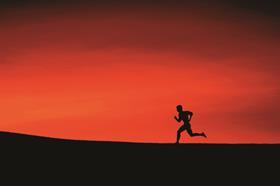 Consultant Rider Levett Bucknall (RLB) has won a role on the inaugural European Games, to be held in 2015 in the Azerbaijan capital Baku.

RLB will provide cost advice for temporary overlay infrastructure and venues for the multi-sport event, following on from winning similar roles on the London 2012 and Rio 2016 Olympic Games.

The Baku 2015 Games will feature at least 13 sports across 21 venues and are being run by the European Olympic Committees, which plan to host them in different European countries every four years.