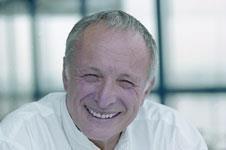 The Queen’s birthday honours singled out several figures from the building and construction industries for recognition. Architect Lord Rogers topped the honours list, joining an elite group as a Companion of Honour.

The title is awarded to those making outstanding contributions in arts, science, medicine, or government, with membership limited to 65 companions at any time.

Lord Rogers, whose projects include the Millennium Dome, the Pompidou Centre and the Lloyd’s Building joins names such as playwright Harold Pinter, and Professor Stephen Hawking as a Companion of Honour.

Elsewhere Michael Finn, chairman of the Building Regulations Advisory Committee, was awarded an MBE for services to building standards.

Gordon Masterton, vice-president of the Environment Business Centre at Jacobs Engineering group was recognised with an OBE for services to Civil Engineering, as was Elizabeth Robson, MD of Robson Builders, for services to the construction industry.

Among the CBE winners was Graham Cartledge of architects Benoy, for services to architecture and charity.