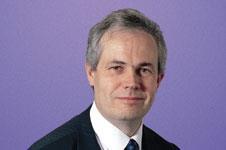 A row has broken out over proposals for new quality and space standards in public housing, which the Home Builders’ Federation says could hit the cost of building houses.

The Homes and Communities Agency (HCA) consultation will affect all publicly-funded social housing and any private homes built on public land. The body admitted the regulations, which could be introduced from April 2011, will add £9,895 to the average cost of a home, and will mean almost 1,500 fewer homes could be afforded for every £1bn of government money spent.

However, the HBF has raised concerns that the regulations could also hit the supply of private housing, as increased costs for the affordable element of a scheme could make entire projects unviable.

The consultation proposes that, to receive government funds or build on public land, builders will have to meet the Lifetime Homes standard, Building for Life criteria, Secure by Design and level four of the Code for Sustainable Homes, as well as generous space standards.

John Slaughter, director of policy for the HBF, said: “There may be knock-on effects. You have to ask if this will affect the viability of sites – other things may get less funding. Then if, as seems likely, the HCA’s funding is cut, it becomes quite a serious issue.”

The consultation has been published despite housing minister John Healey promising last week to work to reduce the regulatory burden on housing, and announcing the creation of an action group in part to address the issue.

Trevor Beattie, corporate policy director at the HCA, said that the consultation would reduce the regulatory burden. He said: “The HCA inherited a complex set of standards. This is essentially a de-regulatory process.”

Other bodies, including design quango Cabe and the Riba, have welcomed the consultation. Approximately half of the xx homes started in England in 2009 were funded by the HCA.