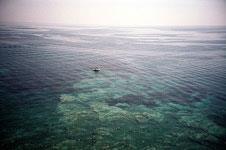 Royal Haskoning has partnered with Worley Parsons Qatar for a $33m project to design the New Doha Port in Qatar.

The 20km2 project, part of Qatar National Vision 2030, will be used for the import of raw materials and goods, and include container terminals, a grain terminal, a general cargo terminal, facilities for the coastguard and the Emiri Yaught, and a separate port for the Qatari navy.

Abdul Aziz Al Noaimi, chairman of the Steering Committee of the New Doha Port, said: “We are very confident that Royal Haskoning’s determination to deliver a world-class facility designed to the highest international standards will serve the development needs of Qatar for 2030 and beyond.”

The first phase of the new port, located inland from the coastal strip north of Mesaieed and south of Al Wakra, will be in operation by 2014.