Rydon says it’s ‘not passing the buck’ at Grenfell inquiry

The legal team of the main contractor involved in the refurbishment of Grenfell Tower told the inquiry into the fatal fire that the firm could not be blamed for delegating aspects of the work to others.

While it was understandable that the spotlight should fall on Rydon, the firm’s barrister Marcus Taverner QC (pictured) said the fact that it delegated tasks was not the same as ducking its responsibility. 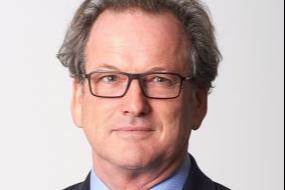 Amid accusations that companies involved in the refurbishment work were seeking to pass the buck as the second phase of the inquiry began today, Taverner said that Rydon had been formally contracted to do the work in October 2014 and “took on express and implicit contractual obligations” regarding carrying out the job.

But Taverner, a construction expert and head of Keating Chambers in London, said that, while Rydon took on a contractual liability regarding the design of the cladding system which was used on the tower in west London, it was incorrect to argue that Rydon itself had designed it.

In his hour-long address to the inquiry, which is chaired by Sir Martin Moore-Bick, Taverner continued: “Instead it properly and fairly delegated those tasks to others [architect Studio E and sub-contractor Harley Facades] who held themselves out to have the skills to do so. Delegation cannot fairly be characterised as abrogating responsibility.”

Exploring who did what will be a crucial part of the inquiry’s fact-finding mission, as will the question of whether the compliance of the cladding system used on Grenfell Tower had been diluted, he said.

Taverner argued that Arconic, the French firm which supplied the ACM cladding panels with a polyethylene core, knew that the panels should not have been used for buildings over 18m in height and that a British Board of Agremont certificate for the product was misleading, since it should only have been used on buildings less than 18m tall.

And Celotex, which manufactured the insulation boards used in the cladding system, also knew that its product should not have been used on the Grenfell block, Taverner said.

The barrister quoted from an internal email from Celotex dating back to November 2013 which asked whether the firm should take the view “that our product realistically shouldn’t be used behind most cladding panels because in the event of a fire it will burn”.

Celotex initially failed to achieve a BR135 fire safety certificate for its FR5000 insulation boards – which Taverner said was the same product as its RS5000 material but which was marketed differently – but was successful on its second submission. “How did it get specified for Grenfell Tower?” he asked.

Taverner said that the night of 14 June 2017 continued to haunt Rydon employees, particularly those who had been involved in the tower’s refurbishment, and the firm was committed to helping the inquiry get to the truth behind the causes of the fire, which killed 72 people.