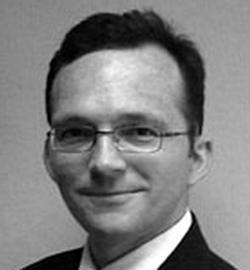 Dennis Smith and Jacqui Smith engaged Hart to convert three barns into four houses at a site in Somerset. The contract was a JCT Standard Building Contract 2005 without quantities. In November 2008, Hart issued application 21, of which the Smiths paid all but £9,514.04, and in March 2009 issued application 24 for £70,386.38, of which the Smiths paid none.

The Smiths issued a withholding notice after the relevant date set by the contract, but this did not specify which of Hart's applications the withholding notice referred to. On 26 May 2009 the contract administrator issued certificate 25 ordering a repayment of £7,381.20 by Hart to the Smiths. Three days later the Smiths issued a further notice of withholding for £138,185.79 stating that that amount was payable by Hart in respect of liquidated and ascertained damages (LADs), damage to a collapsed wall, refinancing charges and legal costs.

Hart was awarded the full amount claimed in adjudication one. In adjudication two the Smiths were awarded the amount of certificate 25 and a payment of £4,112.04 for the collapsed wall. The adjudicator made a declaration that the Smiths were entitled to certificates of non-completion in respect of all three barns, but did not allow the claims for LADs, refinancing charges or legal costs. He stated that until the certificates of non-completion were issued, and therefore any delays were confirmed, Hart could not be required to pay LADs or the refinancing charges.

Following the decision in adjudication two, the contract administrator issued certificates of non-completion stating that the deduction of LADs was at the Smiths' discretion. The Smiths then wrote to Hart claiming £71,314.29 in LADs pursuant to the certificates of non-completion, but in doing so differentiated between this claim and the amounts awarded in adjudication two.

Hart commenced enforcement proceedings for adjudication one and offered to set-off the specific sums awarded against Hart in adjudication two of £11,835.31. However the Smiths contended that they were entitled to set-off their claim for LADs against the decision in adjudication one, which they submitted was a natural consequence of (i) the declaration made by the adjudicator that they were entitled to non-completion certificates; (ii) the issuance of non-completion certificates by the contract administrator; and (iii) the notification of the claim for LADs made by the Smiths to Hart.

Could the Smiths set-off their claim for LADs against the decision in adjudication one?

The effect of section 111 of the HGCRA 1996 is generally to exclude a right of set-off from an adjudicator's decision. It is fundamental to the process of adjudication that in multiple adjudications each decision should be capable of enforcement separately.

Judge Toulmin QC held that the sum claimed did not follow logically from the adjudicator's decision and consequently could not be set-off. The only issue that did logically flow was the issue of the non-completion certificates and no more. In his opinion, he thought it relevant that the sum now claimed for LADs was different to the amount claimed for LADs in adjudication two.

The intention of Parliament is that the decision of an adjudicator should be given effect in a way which is consistent with providing a quick and effective remedy on an interim basis and without consideration of the arguments relating to other provisions in the contract. There are only very limited ground for refusing to enforce immediately an adjudicator's award setting out sums which have been found by the adjudicator to be due to a party in an adjudication.

Here the judge decided that an amount could be set-off against the decision because the specific amount was easily ascertainable and the LADs related directly to the claim.