Sajid Javid set to back HS2

Sajid Javid is expected to throw his support behind HS2 at key meeting later today.

The chancellor is set to tell Boris Johnson and transport secretary Grant Shapps he is backing the scheme, saying it remains value for money.

The scheme has spiralled in price, with the cost of the railway now officially standing at £88bn.

But a review of the project, by former chair Doug Oakervee, has said the cost could be £106bn.

A final decision on the railway is unlikely to be made until next week.

Yesterday, Building reported construction firms earned around £4m a day from work on HS2 during the three months after the scheme was put under review last summer.

At least £363m was paid to firms in August, September and October last year. 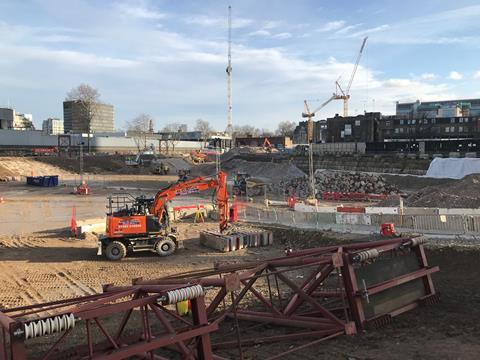 The site for the planned HS2 station has now been cleared