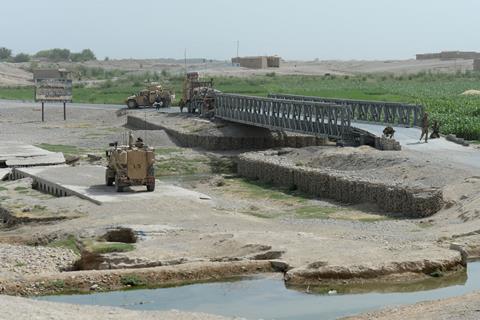 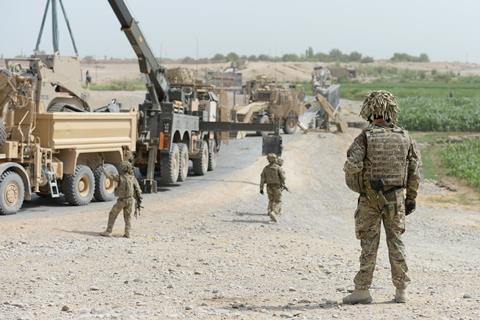 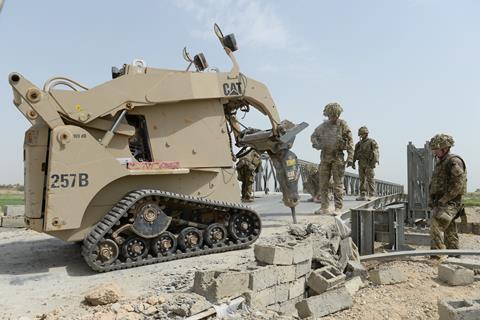 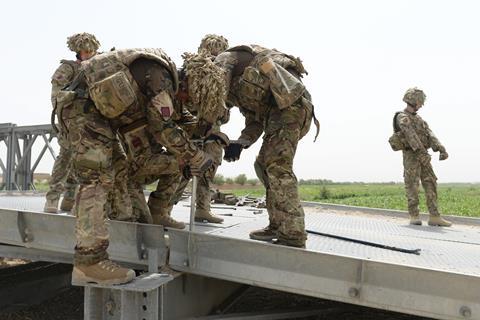 Sappers from Tidworth-based 22 Engineer Regiment have repaired a key bridge in the Lashkar Gah district of Helmand Province, Afghanistan

Basharan Bridge, which was first built in 2010, crosses the Char Anjir Wadi linking local communities in the Basharan and Babaji areas.

The bridge allows farmers from Babaji to move their produce to markets and makes moving between local town more efficient.

The bridge also makes it easier for children to attend school in Basharan.

The bridge had been damaged by an improvised explosive device laid by insurgents earlier this year.

The sappers, from 5 Squadron, mounted a two-day operation to fix the bridge permanently so it can remain in place, replacing damaged parts of the bridge with new ones in the soaring Afghan heat.

Captain George Andrews, 22 Engineer Regiment, said: “My troop worked hard on the task despite the heat and we could all see what it meant to the local people as a small crowd had gathered by the time we had done.”

Lieutenant Colonel Jason Kerr, Commanding Officer 22 Engineer Regiment, said: “It was very satisfying to repair Basharan Bridge which is used regularly by locals in the area.

“The Engineers have been busy this tour not only reinforcing existing British bases across Helmand but removing some as our profile across the province has reduced. It’s a real indicator of progress when we close or handover a base – it shows the Afghans just don’t need us there anymore.”