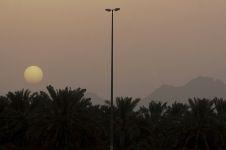 Saudi Arabia has banned selling property off-plan. The government has also forbidden advertising and any other promotion of property before it has been built without the consent of a committee it is setting up.

In Dubai the practice of “flipping” – selling a property off-plan repeatedly – is believed to have played a big part in the property crash that began in November last year.

The new ban applies to marketing within the kingdom of real estate located both in Saudi Arabia and abroad and applies to commercial, residential, office and industrial buildings.

The committee will include officials from the Ministry of Commerce and Industry and the Ministry of Municipal and Rural Affairs, as well as the Saudi Arabian Monetary Agency and the General Commission for Housing.

The committee will allow a property to be marketed before completion only if developers meet stringent financial criteria and can prove their technical qualifications.