The last of the scaffolding being used on Sir Robert McAlpine’s scheme to refurbish Big Ben was slotted into place last week at a cost of £3.5m.

Work to fit the first of the 24,000 components required to clad the 104m high tower began back in April 2016 and Charlotte Claughton, senior project leader for parliament’s client body, Strategic Estates, said: “This is thought to be the largest freestanding scaffold in the world at the moment.”

Work to renovate the Elizabeth Tower, as the structure is officially known, is set to be completed in 2021 and involves restoring the stonework and cast iron roof along with the refurbishing the clock faces.

New services including fire alarms are being fitted and a staff lift being installed into a ventilation shaft as an alternative to the 334 stairs currently required to walk up to get to the top.

Stonework is being steam cleaned and repaired while the roof’s cast iron tiles are being removed from site for assessment and repair.

Principal architect for the Houses of Parliament Adam Watrobski admitted: “The roof is in much worse condition that we thought. Work done in the 1980s [the last major refurbishment of the tower] was done in situ and hasn’t lasted as well as we thought.”

McAlpine is into the second year of the £61m refurbishment which is due to complete in 2021. 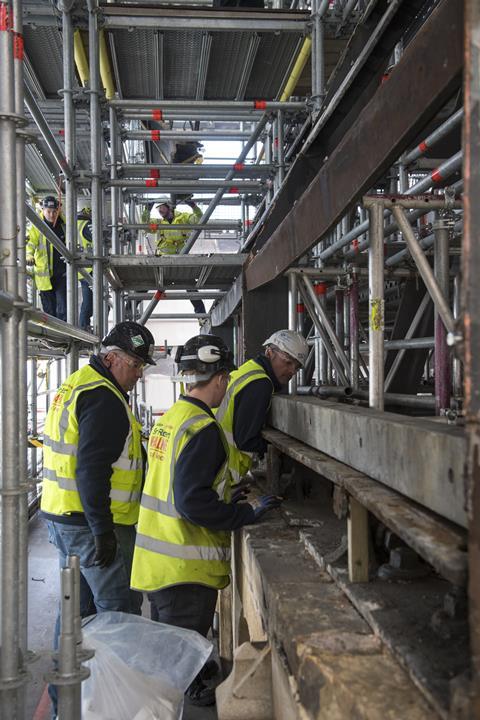 Refurbishment work will complete in 2021