Deals cover the whole of the UK

Scape Group has begun the search for contractors for two new frameworks worth £13bn. 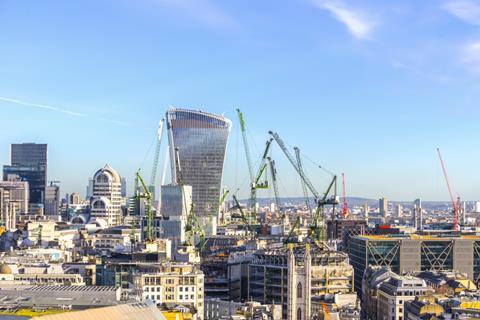 The four-year framework for England, Wales and Northern Ireland has the option to be extended until 2027

The four-year framework for England, Wales and Northern Ireland, which has the option to be extended until 2027, builds on Scape’s existing £7bn national construction and £1.5bn minor works frameworks, which have seen over 800 projects.

Willmott Dixon, Robertson, Wates, Lendlease and Kier are on the existing national framework.

> Explainer: Scape bosses on changes under the new frameworks

The new frameworks, which are available to all public sector organisations, will have a parallel lotting structure that, for the first time, will give commissioning clients the option to engage early with multiple contractors before awarding a project.

The parallel lotting structure gives clients a choice between firms while still being able to make a direct appointment and avoiding mini-competitions. Previously clients could only award work on a project in a particular lot to the single contractor that had secured its position on that specific lot.

There will also be both a lower and upper value lot specifically Northern Ireland and a lot for projects worth more than £75m across all three nations.

It is the first time Scape has had lots specifically for Northern Ireland.

Scape is planning to host market awareness webinars for both frameworks next month before issuing the contract notice for the deals in September.

Shortlisted firms will be notified in January, with the final contract awards due to take place next June.