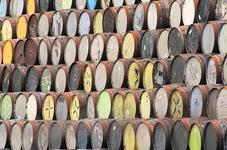 Global drinks giant Diageo is to build a biomass plant at its Cameronbridge distillery in Fife to provide onsite power from the distillery's own waste products.

The £65m plant will use waste products from the distillation process - known as “spent wash” - to generate 98% of the thermal steam and 80% of electrical power used at the spirits distillery, which is the largest in Scotland.

As well as cutting CO2 emissions at the distillery by 56,000 tonnes, the plant will also dispense with the need to transport 90,000 tonnes of residue away from the site.

Diageo has signed a deal with energy company Dalkia to build the facility, which is believed will be the biggest UK renewable energy plant to belong to a non-utility company.

Once construction of the plant is complete in two years' time, it will be transferred to Diageo under a finance lease arrangement.

Bryan Donaghey, managing director of Diageo Scotland, told the BBC: “This will be a showcase bio-energy facility which harnesses a variety of green technologies in a project of an unprecedented scale in our industry.”