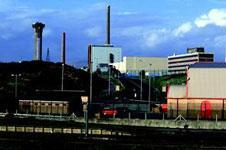 Plans for a new wave of coal-fired power stations in the UK has suffered a further blow after Dong Energy withdrew from a scheme to build a new plant in Scotland.

The Danish utility company pulled out of a joint venture with Peel Energy that was exploring plans to build a 1,600MW project at Hunterston in Ayrshire, blaming financial constraints caused by falling demand and prices.

Dong said it would now act as a design partner for the station at Hunterston, while Peel Energy said it remained committed to the project.

The news comes a week after E.ON announced it was postponing its scheme to build a coal-fired power station at Kingsnorth. The firm also blamed falling electricity demand for the decision but there has been widespread speculation its failure to secure carbon capture and storage funding from the EU also played a role.