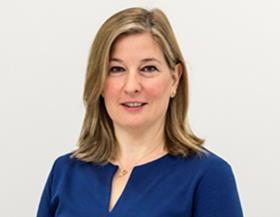 Developer U+I has poached Sellar’s London development director Joanna Axon as it looks to grow its senior team and deliver its £6bn pipeline.

She will be responsible for delivering multiple major mixed-use projects and overseeing the entire life-cycle for the regeneration specialist.

Prior to joining Sellar in 2015, Axon spent over five years as director of capital projects for Royal Brompton & Harefield NHS Foundation Trust and ten years as a senior development manager with Hammerson where she was involved in the retail developer’s £63m acquisition of RT Group Developments in 2002 from RT Group (formerly Railtrack Group).

Simon Hesketh, director of regeneration at U+I, said: “It’s a truly exciting time for our business as we continue to deliver our £6 billion pipeline. The past 18 months have seen us expand this pipeline considerably with significant project wins in Manchester and London, so having the right skill set in place to deliver from design to completion is imperative.”

Axon’s departure from the late Irvine Sellar’s firm, where she spent nearly three years, comes shortly after the exit of its construction director Flan McNamara.

He left the firm late last year after eight years at the firm to join Vanguard Real Estate, a new developer which set up earlier in the year and has schemes in Belfast and Glasgow.