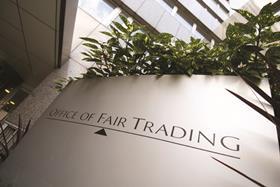 Seven people have been arrested at locations across the country as part of an investigation by the Office of Fair Trading (OFT) into a suspected construction industry cartel.

The Financial Times reported this morning that the seven are allied to three different companies.

Two are “small, family-owned businesses” while a third is larger but does not publicly trade its shares, the paper said.

The OFT has confirmed the arrests.

In a statement, it said: “The OFT has opened a criminal investigation into suspected cartel activity in the supply of products to the construction industry.

“As part of the investigation searches were carried out last week at a number of locations across the UK. Seven individuals were also arrested in the Midlands. No assumption should be made at this stage that any criminal offences have been committed”.

The OFT’s move comes against the backdrop of government efforts to make it easier to prosecute individuals for price fixing, which carries a maximum sentence of five years in jail.