Seven ways to get paid in Dubai 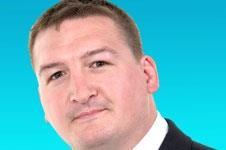 As the downturn continues in Dubai, contractors are coming under increasing pressure as more developers suspend projects or renegotiate tendered prices. Projects that seem to be hardest hit appear to be the mixed-use residential and leisure schemes, where demand has fallen significantly, owing in part to the inability of investors and buyers to get credit. Swiss bank UBS predicted in January of this year that the job losses associated with the slowdown would lead to Dubai's total population shrinking by about 8% in 2009, making things even worse.

In January alone, construction was stopped on Dubai Health Care City Towers, the Dubai Exhibition City Project and the Meydan Grandstand Project at Nad-al Sheba racecourse. In the past few days, the Aldar Laing O’Rourke joint venture has laid off staff at the Al-Raha Beach Project, consultant Atkins has announced redundancies and developer Emaar has told contractors to stop ordering materials on its projects at Dubai Marina and the Burj Dubai development. This is leading to speculation that work on these projects will be suspended when the materials currently on site have been used up.

In these tough times, cash flow is king and contractors should use all tools available to them to ensure they remain solvent. Here are some of those tools…

If you are a contractor considering entering into a new contract, you should always check out the creditworthiness of the employer. A number of larger contractors only enter into contracts with employers where the two have a proven business relationship, the client is a blue chip company or where the employer is able to establish that it has sufficient funds available to pay the contractor. Alternatively contractors could require employers to provide security, for example in one of the most commonly used forms of contract in Australia (AS 2124-1992) the provisions regarding security are reciprocal and the appendix to the contract (which contains pertinent information to be inserted on a case by case basis) allows for the amount of the employer's security to be stated.

Be warned though, employers often try to delete this clause. But in the current economic climate, you must try to avoid this.

Similar considerations apply where the contractor's payments are subject to a retention. In order to ensure you are paid in full without a retention you may be able to provide a retention bond to the employer. Again, you will need to weigh the cost involved in providing the bond against the benefits you’ll reap in cash flow if no monies are retained throughout the job.

In a climate where cash flow matters more and more, you need to limit the time between submitting your invoice and actually getting paid. In the UK the law offers a degree of protection in this regard, but the Gulf Region offers no such protection. Instead, the payment period depends on what you negotiate with your client. While a payment period of two months is common in the UAE, you should aim to get it cut down in your contract to about a month.

If an employer is trying to negotiate a lower price with you, you could concede this in exchange for a reduced payment period.

Much has been made recently of employers seeking to renegotiate contract prices after tenders have been accepted. It’s a nightmare for contractors. They are faced with the choice of either accepting lower prices than originally tendered or the project being cancelled and having to write off their bid costs.

One way to deal with this is to use similar tactics and renegotiate prices for materials with your suppliers. This should stop your profits margins from slipping. For example, falling accommodation could lead to a cut in personnel costs and a growing availability of equipment for hire as the volume of work decreases. This could enable you to further reduce your costs.

If a payment has been delayed, have a look at the contract and check you’re following any procedures it requires you to follow. Many contracts, for example, require the contractor to provide the employer with notice of the claim within a certain number of days of the occurrence of the event giving rise to the claim.

6. Other ways to get paid

A suspension or termination would undoubtedly prove costly to the employer. Firstly if the works were suspended, the employer would bear the cost of the delay, including the contractor's costs and any other costs that may be incurred as a result of a failure to complete the works on time. The employer could, for example, incur a liability to a third party such as an end user or occupier of the works. If the contract was terminated the employer would be faced with the prospect of having to retender the works and engage a replacement contractor to complete the project which could prove costly.

Of course, a suspension or termination shouldn’t be taken lightly and without proper legal advice. It is likely to wreck your relationship with the client - although the value of a relationship with a client who doesn’t pay is doubtful.