Shaylor could owe more than £25m to creditors 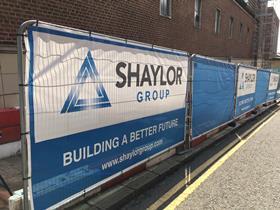 Creditors could be on the hook for more than £25m following the collapse of Shaylor Group nearly three weeks ago.

The West Midlands builder went into administration in the middle of last month, ending more than 50 years of trading.

Set up in the late 1960s by Fred Shaylor, the firm continued to be run by his two sons Stephen and Richie, later joined as directors by their sister Lana, after he died in 2013.

The firm’s 200-plus employees were told they would be losing their jobs in an email sent on Father’s Day – 24 hours before the firm appointed FRP Advisory, a restructuring specialist brought in by Shaylor two months before to review cash flow, as administrator.

Building understands that at least £17m is already owed to subcontractors of the Walsall-based contractor – a figure that could rise by more than 50% to around £26m.

Another subcontractor owed a six-figure sum added: “Over the last 12 months it’s been very difficult to get money out of them. I took them on their word that we’d get paid; we’ve all believed the lies.”

Those left out of pocket include its former employees, who are owed at least £1.8m in redundancy, pay and pension contributions.

One former employee said: “Fred would be turning in his grave. The father made the business, the sons destroyed it.” 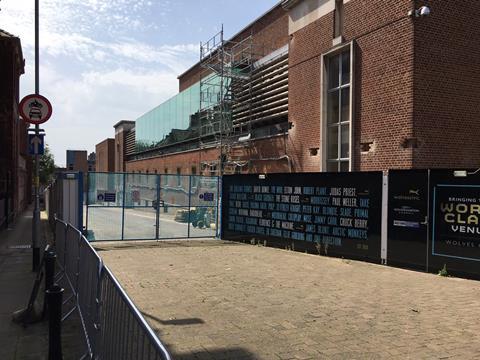 Jobs left in the lurch include a £38m refurbishment of the Wolverhampton Civic Centre, which has seen a host of big names, including the Rolling Stones, David Bowie and Nirvana, play there since it opened in the 1930s. Another high-profile project is a £20m museum job at the Silverstone motor racing circuit, which had been due to be completed in time for the British Grand Prix next weekend.

Some have said the firm expanded too quickly, with turnover more than tripling between 2013 and 2018.

One source said: “The Shaylors […] went into areas they weren’t experts in.” And Rich Pugh, who was a project QS at the firm, said the firm was taking on bigger and bigger jobs in order to attract potential buyers.

But he said the strategy meant the business overreached itself. “They were paying accelerated costs and phenomenal amounts of money just to keep big jobs going.”