Survey shows fall in workloads at end of 2019

Workloads for small building companies have fallen in the final quarter of 2019, according to a survey from the Federation of Master Builders. 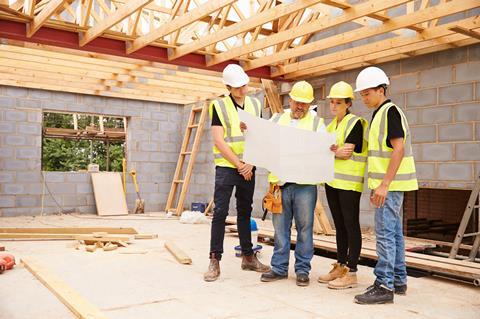 The trade association found builders’ workloads fell into negative territory, with around 21% of firms reporting lower workloads in the last three months of 2019, which was 5% higher than the previous quarter.

FMB chief executive Brian Berry said he was not surprised at the results because the end of 2019 had been turbulent, with factors such as Brexit, a general election and the weather explaining this drop in workloads.

“We know that many consumers were holding off making important spending decisions until the outcome of the general election was known and this took its toll on workloads,” said Berry.

But builders seem to be more optimistic for 2020, with 37% of builders predicting higher workloads over the coming three months.

Berry said the industry was yet to see if there has been a so-called “Boris bounce” following the election result, but there are positive signs such as employment levels among SMEs returning to positive ground for the first time since the start of 2019.

There are still concerns around skills shortages, as SMEs struggle to hire key trades such as bricklayers and carpenters.

Berry said the Budget is an opportunity to restore some confidence to the construction industry. He added that builders are particularly important for key government objectives such as constructing 300,000 homes by the mid-2020s and reaching net-zero carbon emissions by 2050.

The Budget will be announced by chancellor Sajid Javid on 11 March.