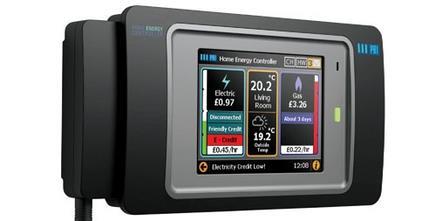 Housebuilders have been sluggish in picking up on new technology that allows suppliers and consumers to monitor energy consumption in the home. But studies show they have clear benefits

In most homes the electricity meter is put in an inaccessible corner of a rarely entered cupboard. Its collection of dials and displays only get looked at when the bill is queried or on the increasingly rare occasion that the meter reader comes to call. But that could be about to change.

The government is piloting smart meters which will provide utility firms and consumers with more accurate, up-to-date and comprehensible information about energy consumption. The Department for Business, Enterprise and Regulatory Reform is likely to announce at the end of the year whether it will push on with legislation in the 2007 energy white paper to make the meters mandatory.

There are several other bits of legislation driving this activity. The EU’s energy end-use efficiency and services directive, which came into effect in May, presses for consumers to be given better information about their energy consumption and thinks smart meters can help here. And of course the UK government also has a target to reduce carbon dioxide emissions by 60% by 2050.

What’s so smart about meters?

At the most basic level, smart meters are simply a way for utility companies to get more frequent and accurate meter readings without having to enter customers’ homes. The more advanced have in-home displays so that consumers can see their energy use and two-way communication between energy supplier and customer becomes possible. For example, the meters allow suppliers to switch customers between pre-pay and credit payment remotely and users can switch between tariffs.

Some meters have several circuits – for example, one for heating and water and another for sockets – so they can be programmed to switch off heating or air-conditioning temporarily if there is a price spike in the energy wholesale market without switching off other appliances. “This benefits customers and suppliers because they don’t have to buy energy in expensive periods,” says Les Woolner, managing director of Horstmann, which makes heating control systems.

The more advanced meters can also be used for microgeneration by measuring energy sold to the national grid.

So the meters offer benefits for customers and their suppliers. The consumer may use less energy overall or save money by switching their energy use to off-peak periods or cheaper tariffs. The Energy Saving Trust estimates that 7.4 million tonnes of CO2 a year could be saved by if smart meter were installed in every home. However, a trial in Northern Ireland found customers cut their energy bills by only 3%, largely through using energy at cheaper times rather than reducing overall consumption, according to Gill Owen, senior research fellow at Warwick Business School. Households in the trial were given leaflets explaining when energy was expensive. Studies have estimated that customers with smart meters could reduce their bills by between 1% and 3%. “Whether they save money over the long term depends on how they respond to metering and reduce energy use,” says Owen. “If a meter cost £150, then it would be paid off over a number of years and so whether you see a financial saving depends on how much you reduce your energy use.” Joanne Carr, director of business development at National Energy Action, says customers in one of the pilots they have overseen have also saved money. “The amount of energy saved isn’t huge but it is significant enough to make a difference with today’s higher prices,” she says.

In theory it should also be easier for customers to swap supplier as the readings can be done remotely by both firms, and meter companies are working on making the technology work across all utility companies.

Customers saving energy might sound like bad news for suppliers but smart meters could offer new ways of selling services. For example, some meters could send a message to the supplier if the boiler breaks down so the company is notified as soon as the fault occurs rather than once the customer tries to switch the boiler on. Utility firms could also notify carers if a vulnerable person’s energy use changes drastically or stops.

It’s not all good news

But there are also some potential difficulties with smart metering. Consumer groups want to ensure that suppliers still have to go through proper protocols before disconnecting customers or switching them to prepayment, as they will no longer have to go into their homes to do it. They also wonder whether the technology will cause poor households to ration energy at the expense of their health.

The thorniest issue is cost. The price of changing the UK to smart meters would vary according the time taken to make the switch – the faster the changeover, the higher the cost. At present, the natural rate of replacement of the UK meter stock is 20 years. BERR estimated that the switchover could cost around £16.1bn over 10 years but between £8.9bn and £15.1bn would be saved in meter reading costs and reduced energy consumption. However, the industry has disputed the figures. Further consultation is now taking place and an announcement on rolling out smart metering is likely to be made at the end of the year. Initially, consumers are likely to foot the bill. The question is whether consumers would reduce their energy bills enough to offset the cost of putting in meters.

So far housebuilders have been slow to catch on to smart metering but the Code for Sustainable Homes could change that. Higher levels of the code require developments to generate their own power and this will increase demand for smart meters, says Woolner. He concludes: “At the moment metering is not particularly high up housebuilders’ agenda but it will come into it more as we go forward.”

See attached graphic for details of the features of a home energy controller.