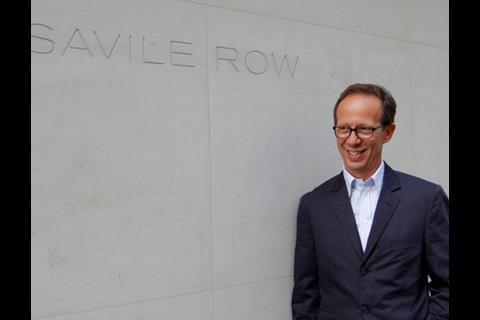 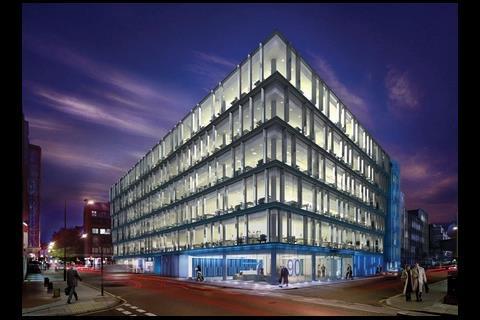 Qube is set for completion next month 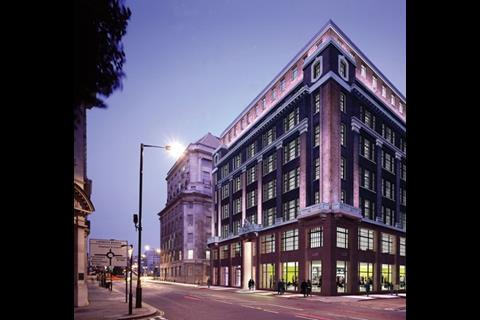 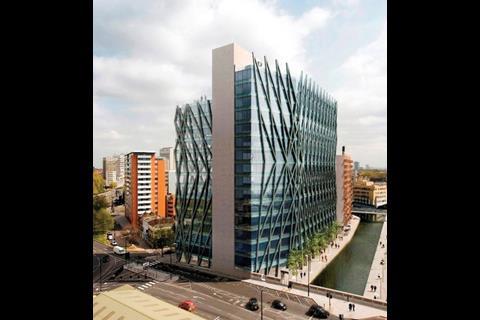 North Wharf Road is in for planning now 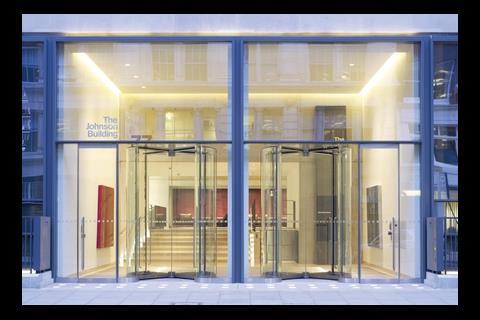 Derwent London’s Simon Silver likes to champion exciting young architects. And now that the developer has doubled its portfolio, he can offer them bigger commissions than ever before. Just get a little sartorial advice before you make your pitch.

Architects, prepare to fall in love.

“At the end of the day,” says Simon Silver, head of development at Derwent London, “our buildings are only as good as the architects that work on them. For me, this is the exciting side of the business – an architect bringing in his first thoughts on how he sees a scheme evolving.”

Not only does Silver nurture an old-fashioned respect for the profession, he is also prepared to spend money on it: “Rather than save a few bob, we want something really good. We prefer to spend a bit more.”

And get this: he hates design-and-build contracts. “It takes away too much from our architects. We want the architect to remain in control,” he says.

He has been an architects’ favourite since 1984, when he joined newly formed developer Derwent Valley. In February, the company merged with London Merchant Securities to form Derwent London, Britain’s sixth-largest property firm with a portfolio of £2.5bn. It converted to real estate investment trust status in July.

Silver reckons he sees “a few dozen” new practices every year, and his dedication to design was recognised in 2005, when the RIBA awarded him an honorary fellowship for championing young practices. In fact, Silver is a bit like an architect himself, even down to the black square-framed specs. His minimalist office is filled with coffee-table books on architecture and arty black-and-white photos. “I’ve always liked good design. It can be clothes, it can be a car – I just like nice things.”

The obsession with architecture began on one of Derwent Valley’s first projects – a warehouse refurbishment in Islington. “It was a bit out of the blue actually. We asked this very young firm of architects to look at the building: John McAslan and Jamie Troughton. They’d just left Richard Rogers and when we met them, we were smitten. We liked everything about it, visiting their offices and what you can do to buildings. We realised there was a lot to be gained from going for really hungry, innovative architects.”

Silver is a small, energetic man. He speaks quickly, barely stopping for breath, racing off for minutes at a time in response to questions. One of his architect fans describes him as a “little guy with a big personality”; everyone agrees he’s “a really nice guy”. One of his most frequently used words is “exciting”.

Derwent Valley built up a reputation for spotting the potential in unusual buildings in fringe areas of London and turning them into des res for trendy media firms. Its trademarks are high-spec minimalism and quality architecture. The developer’s buildings do have a certain look. As Silver says, “We don’t like fussy architecture, we like clean lines and volume and light.”

The deal with London Merchant has brought it a selection of buildings that Silver says it would never have the chance to buy on the open market, such as the Angel Centre in Islington, though it will sell off £300m-400m worth of non-core assets outside the capital. Derwent London will focus on 13 “villages” in central London, in particular Fitzrovia, Paddington, Embankment and Southwark.

This will be an advantage if the central London lettings market takes a long-term hit from the stock market turmoil, says Silver.

“We will be delivering really good schemes – basically on the edge of the West End – that will be affordable to those companies who don’t want to pay £100/ft2 and where quality of design and architecture is an attraction.”

Derwent London’s doubled portfolio will allow it to focus on what Silver calls “super-sites” in the future – nothing below 40,000ft2. He is most excited about a scheme at North Wharf Road, facing the main rail terminal in Paddington. It’s a massive site, masterminded by Fletcher Priest, that will comprise 250,000ft2 of offices and two residential buildings, on either side of the canal, with new public space in between.

Silver and Paul Williams, Derwent’s property management director, have a big happy family approach to building teams. Silver recruits the architect, Williams the QS and contractor. The firms they keep going back to include architects AHMM, Fletcher Priest, Lifschutz Davidson Sandilands and Squire and Partners, QSs Jackson Coles and Davis Langdon and contractor ISG. “If someone does something good, why would you not use them again?” says Silver.

This makes it hard to give work to every up-and-coming practice, but he finds time to meet new firms anyway. “Some of them leave a lasting impression and you think, given an opportunity, I’d really like to work with them. But you don’t always get that opportunity. Although we’re a big company, projects have grown in size and you’re trusting people with 100,000ft2. You’ve got to be pretty sure of who they are and what they do.”

He often gets referrals from established practices to see young firms and he always takes them up – many of the larger firms Derwent London works with today were six or seven-strong when the relationship began.

“With young firms you get young ideas and good ideas. It’s nice to see the different ideas people create because you’ve got to always move forward, we want to be ever-evolving and create the next exciting scheme and not just a repeat of something we’ve done. Because there are imitators out there.”

To get through the door, your portfolio has to fit. “There’s a certain style of architecture we’re looking for and you can normally read it in people’s work.”

So what impresses him? “Certain people have an energy about them that is attractive or not; I think it’s all about their vision and architectural style. And, you know, someone might come in wearing polka dot socks that I don’t like and I think, oh dear, but they might produce brilliant buildings.”

“Oh!” he interrupts my next question, “I’ve left out one very big thing – gotta have a sense of humour. You can’t be working on a project for three years without people who make you laugh. There’s a spark or an energy you like about people, it’s personalities as well as their talent. The team is the be all and end all; you need to know that you’re going to get on and that there’s good chemistry.”

The most exciting thing he’s seen lately was in the offices of a much larger practice.

“I was round Richard Rogers’ office, and I saw a model of the Cheese Grater [the Leadenhall building] in the City. That, I think, is going to herald a new era of office building and I thought it was fantastic.

“I know the fashion is to put a skyscraper up, but it’s not my personal niche. If there was the opportunity for Derwent to build one, we’d look at it but I’m not a fan of the skyscraper for London. When I go to the top of a tall building I find it all a bit anonymous.

“But great architects produce great buildings whether they’re small or large. I got very excited at Rogers’ office – that’s the sort of architecture that excites me.”

Portobello Dock, W10, £8.95m
The old EMI/Virgin headquarters is being turned into 65,000ft2 of offices and 19 flats. The project is made up of six buildings. Now on site, it is due for completion in December.
Stiff + Trevillion, David Langdon, Jackson Coles, Tolent, Knight Harwood

16-19 Gresse Street, W1, £21m
Part of Derwent London’s plan to take over swaths of Fitzrovia. In development at the moment, it will comprise 47,000ft2 of office space. It is due for completion in July 2009.
Lifschutz Davidson Sandilands, Jackson Coles, Balfour Beatty

Horseferry House, SW1, £18m
Now on site, the building will total 163,000ft2 of offices when completed in April 2008. It will be the HQ of luxury brand Burberry.
AHMM, Jackson Coles, ISG Interiors

North Wharf Road, W2
A massive site just opposite the main Paddington terminal comprising 250,000ft2 of offices and 100,00ft2 of residential space in two buildings. It is in for planning right now.
Fletcher Priest, Davis Langdon

Wedge House, SE1, £28m
This Southwark scheme goes on site at the end of next year and will contain 39,000ft2 of offices. It is set for completion in 2010.
Lifschutz Davidson Sandilands, Davis Langdon

… and one that’s open