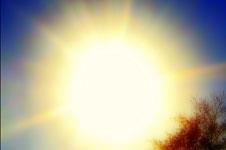 A town in Spain has covered the local cemetery in solar panels in a bid to cut its carbon emissions.

Santa Coloma de Gramanet, near Barcelona, has put 462 panels over the mausoleums in its graveyard at a cost of £608,000 and plans to increase the number.

The site was picked because of the scarcity of open, sunny spots in the city, which is less than 4km2 in area and has a population of 124,000.

City councillor Antoni Fogue told the Associated Press that public opinion was initially against the idea but has since warmed to it.

He said: “There has not been any problem whatsoever because people who go to the cemetery see that nothing has changed.

“This installation is compatible with respect for the deceased and for the families of the deceased.”

Esteve Serret, director of Conste-Live Energy, which runs the cemetery, said the array would save around 62 tonnes of carbon dioxide a year. Generating clean energy was the “best tribute” the town could pay its ancestors, he said.