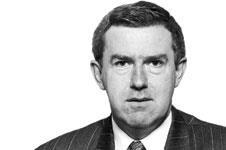 The Federation of Plasterers and Drywall Contractor (FPDC) is meeting with Stephen Ratcliffe, the chief executive of the UKCG, to insist it “rein its members in”.

The call follows months of phone calls from FPDC members complaining about being “squeezed” by main contractors.

Paul Jessop, the chief executive of the FPDC, said: “A lot of our members are being put in hard places. Many are being forced to take work at minus figures or lose out on work in the future.”

Jessop said several members had reported main contractors forcing them to choose between payment or another contract. Others had called to complain after being forced to retender for jobs they had already won.

“These issues are coming up every time a member calls,” he said. “They are being shafted, and much of what is happening is bordering on illegal. We would like to see the main contractors reined in a bit,” Jessop said.

They are being shafted, and much of this is bordering on illegal

Groups such as the Specialist Engineering Contractors Group and the National Federation of Builders said they were hearing similar stories.

The news follows widespread cutting of main contractors’ fees over the past year by clients, as well as rumours that clients are asking firms to pay back fees or risk losing future work.

One medium-sized specialist said larger contractors had adopted a “bully-boy” approach. “The public face of many large firms demonstrates a partnership approach, where the subcontractor is a respected cog in the machine. In practice we’re frequently met with the attitude of ‘play ball or we’ll drop you’.”

Ratcliffe said: “Contractors are themselves being squeezed by clients. It’s only natural that it will fall down the supply chain.”