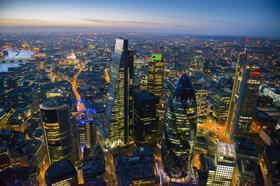 The City of London has drafted new measures designed to protect its office space from being converted into residential accommodation.

In a special meeting at the Guildhall on December 15 the Planning and Transport Committee for the City of London adopted changes to the forthcoming City of London Local Plan which included a number of alterations specifically designed to protect the financial centre’s supply of office space.

The last minute changes mean developers looking to change office space into residential accommodation will have to prove the space was “not viable or suitable in the long term” as office space and there “is no recent or likely future demand for continued office use on a site or building”.

A new clause in the plan stated: “The protection of office accommodation will be applied City-wide, including within or near the residential areas identified in this Plan.

The measures have been adopted to protect the City’s position as one of the world’s leading financial and business centres.

The measures, which were designed to boost housing supply, were criticised by the City which said it would have “significant adverse implications2 on its status as a leading financial centre.

A report disclosed the City could lose up to 18% of it’s office supply under the new rules.

The new planning guidelines can be found on the City of London website.