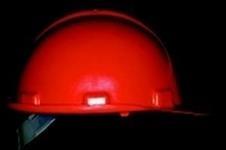 Cover for non-payment of bills for goods received on credit being removed from 12,000 firms

Thousands of British businesses have had vital insurance cover taken away in the past week, as the credit crunch begins to bite.

The UK's largest credit insurer, Atradius, confirmed yesterday that it was in the process of clawing back insurance offered to suppliers of at least 12,000 companies against non-payment of bills for goods received on credit.

Construction is among the sectors believed to be most affected.

When larger firms purchase supplies from smaller ones, they usually do so on credit. To alleviate the risk of the purchaser not paying its bills, the supplier can take out credit insurance.

The rise in insolvencies as a result of the economic downturn has led to more claims on credit insurance to insurer such as Atradius.