Surveyors have been warned to review their anti-money laundering policies and checks following widespread sanctions on Russian businesses and individuals.

It comes after one consultant working in Russia told Building the sanctions will hit payments it is due from a local client.

“No doubt getting paid will be more problematic [now]. We have yet to test the current payment process,” one boss said.

He added: “It seems we can’t get away from problems. Brexit for two years, pandemic for two years and now another completely unforeseen event.” 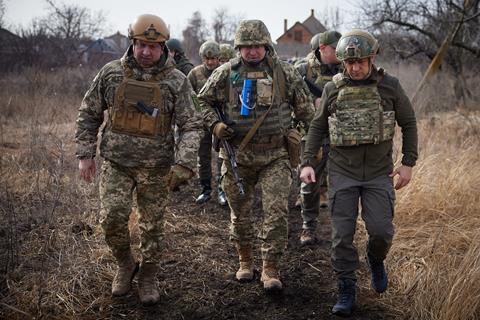 The Royal Institution of Chartered Surveyors (RICS) has issued a statement to its members advising them to be “extremely careful” about offering services or undertaking transactions with individuals who may have been sanctioned by the UK government.

It said: “Given the developing crisis, firms should review their anti-money laundering policies in light of the increased risks. In particular we would strongly suggest that firms and members adopt an extremely careful approach to due diligence checks.

“Members and firms must check the sanctions list for their jurisdiction before offering services or undertaking transactions for clients. Where concerns arise firms should follow any requirements in their jurisdiction for reporting suspicious activity.”

The UK government, in co-operation with the US and European Union, has announced its biggest ever package of sanctions following Russia’s invasion of Ukraine.

More than 100 companies and oligarchs have been hit with sanctions worth hundreds of billions of pounds, including asset freezes and travel bans.

UK nationals are prohibited from undertaking financial transactions involving the central bank of the Russian Federation, the Russian National Wealth Fund and the Russian Ministry of Finance.

“Complying with sanctions is both a legal and ethical obligation, and there can be serious consequences for failures to do so,” said the RICS statement.

Khan is calling for seizure of property assets held by allies of Vladimir Putin, increasing the amount overseas owners have to pay for leaving their homes empty and raising capital gains tax for overseas buyers from 28% to 40%. Khan says these measures could fund 2,500 new affordable homes a year.