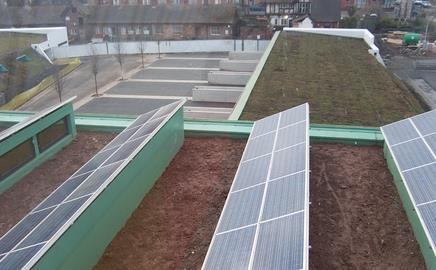 A sustainable conference looking at the practical issues involved in building sustainable schools took place yesterday with a whole host of industry experts giving their thoughts on the challenges that face local authorities.

The event, called Are we Building Sustainable Schools and organised by networking group Policy Connect, brought together government officials, local authorities representatives and staff from schools involved in the first wave of the Building Schools for the Future (BSF) campaign to discuss the difficulties experienced during schemes.

There was disapproval from the Commission for Architecture and Built Environment (CABE) who suggested there were several inconsistencies in the first wave of the scheme which needed to be ironed out.

In response to Minister of State for Schools and Learners, Jim Knight’s earlier comment that the UK has the highest proportion of electronic whiteboards in the world, Simmons retorted: “We have found that heat and energy used by the electronic whiteboards is too high. They don’t use renewable energy and they tend to overheat.” This would suggest increased energy consumption on the whiteboards they have replaced.

Mike Entwisle, Associate Director of Buro Happold highlighted a practical solution for the increasing technology management problem: “The ones that are delivered with the lowest energy consumption are the simplest to run. The people running the systems often do not have the time or the skills to manage it efficiently. If they can’t run it efficiently it is all for nought.”

A variety of schools were used as case studies to demonstrate the positive aspects of the first wave of BSF schools:

Academy of St Francis of Assisi

Vice Principal Ursula Penarski talked about the £20 million redevelopment of St Francis of Assisi Academy in Liverpool. Labelled the greenest school in Britain, the school specialises in the environment and was keen to incorporate its core values in the reconstruction of the school under the BSF scheme.

Interior of the St Francis school
Built on a former council environmental depot, the school is concrete framed, using a flat-slab construction, with floor slabs and basement walls left exposed for thermal benefits. The external walls are clad in Douglas fir while the projecting bays are copper clad.

Sandstone excavated from the site has been recycled as topping for the brown roofs and the two single-storey classrooms have sedum roofs which continue down the battered north elevations to provide planted facades.

Penarski highlighted two key challenges in making a success of the BSF project - educating students and managing the technology used in the development.

She also discussed the problem of energy wastage from computers. “You have to manage what you’ve got. We use a BMS system which monitors electricity usage. This highlighted high electricity use overnight because projectors, computers etc were left on. It shouldn’t be the job of the maintenance people to turn them off; it’s about raising awareness of the people who use the equipment.”

Dr Stewart Davies, Business Commissioner at the Sustainable Development Commission talked about ‘The 8 Doorways’ framework, detailng how it had been used in the redevelopment of Redhill Primary School in Worcester.

The school is packed with environmental features, including a ground source heating system that heats the building and provides hot water by drawing heat from 33 boreholes under the car park. Rainwater from half of the roof is recycled to flush the toilets and the other rain falling on the site is channeled on site into swales and ponds to provide habitats and study areas, as well as to prevent flooding.