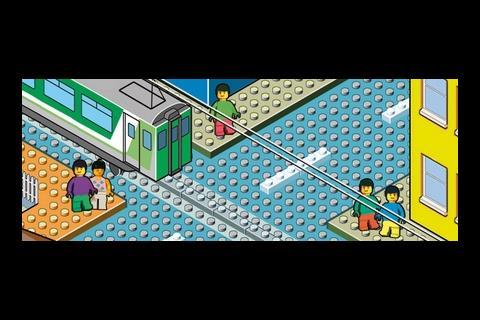 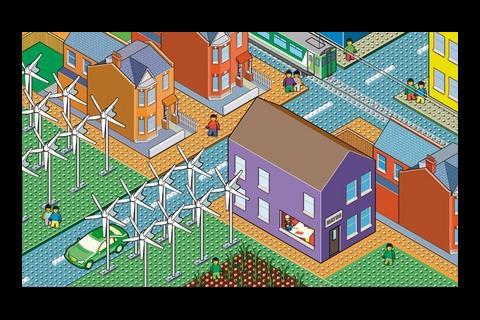 Sweden has become something of a world laboratory for sustainable housing. So what can we learn from their experiments – apart from the fact that they’re light years ahead of ours?

If you’re involved in building environment-friendly homes, the chances are you have been to, are planning to go to or are currently in Scandinavia. It’s a new pilgrimage, a rite of passage, almost: take a flight to Stockholm or Malmö and find out how the Swedes are building high-quality, well-designed eco-homes, while we’re still struggling with the basics. Last year, Malmö received 3,000 study visits.

There’s no denying the success of a number of developments in these regions, particularly Hammarby Sjöstad in Stockholm, an urban regeneration project that in a few years has become a thriving, prosperous community where power for homes is generated from the residents’ waste.

However, Sweden can teach us much more than nifty new building techniques. In fact, the most important lessons they can give are not for builders at all, but for central and local government and society as a whole.

It’s not hard to see the irony of senior executives clocking up air miles to Scandiniavia on a mission to reduce greenhouse gas emissions, but the carbon cost could prove worthwhile if lessons are learned and real change results. So, what are these lessons?

The public sector needs to provide a local green infrastructure

After visiting Hammarby in autumn 2006 Yvette Cooper, the housing and planning minister at the time, set the UK’s 2016zero-carbon target for new build. It is ironic, however, that she came away from her tour determined to make every new home independently zero carbon, as the first thing that strikes you in Stockholm is that the Swedish approach is the opposite.

Although micro-renewables and innovative approaches are encouraged and used in Hammarby, the bulk of the power for the development comes from a neighbourhood combined heat and power (CHP) system, which produces electricity and biogas from the community’s waste. Even the heat from sewage water is used to heat people’s homes.

This infrastructure – along with a tram to ensure residents’ journeys are eco-friendly – was paid for and installed by the city authority, at a cost of half a billion euros. Stockholm’s council was then able to force developers to connect to the green infrastructure, knowing it would make much of its money back through selling thepower. Unlike the UK’s approach this avoids the need to rely on microgeneration technologies.

In the UK it looks as if neighbourhood CHP systems will only be considered when microgeneration is unworkable. Imtiaz Farookhi, chief executive of the National House Building Council, says: “The public sector in Sweden delivers land and infrastructure in ways that reduce risk. Because transport is provided, the developer knows there’ll be a market for the housing.”

Give local government the ability to take decisions

One of the reasons it is so hard to get local infrastructure built in the UK is because the councils that control the neighbourhoods don’t have the money to pay for it. Every time a local authority wants an expensive piece of infrastructure, it has to go cap in hand to the government and risk being turned away. Tram schemes in places such as Leeds and Liverpool, for example, have been denied despite years of campaigning.

In Sweden, however, the city council not only has the power but also the financial clout to make things happen. Jonas Tornblom, engineer for Hammarby’s Envac waste system, says: “As a resident in Stockholm, the first 30% of my salary goes to the city. Only if I earn enough, do I pay a further tax to the central government – the city has most of the tax revenue.”

This system means Stockholm can quickly build infrastructure without jumping through bureaucratic hoops. David Birkbeck, chief executive of Design for Homes, adds: “As a result of the tax system the local authority has more responsibility and takes more decisions. There is a greater expectation that they will provide.”

Without this degree of local autonomy, it is much harder for neighbourhood infrastructure such as CHP plants, that are never going to be high on the central government’s agenda, to get funded.

Know why you’re doing it

In Sweden about 95% of grid energy already comes from “renewable” power (approximately 40% nuclear, 48% hydroelectric and 6% biomass), which means only small savings in consumption need to be made to make new homes carbon neutral.

The drive for efficient homes does not stem from a desire to be green, so much as a battle against the Scandinavian climate. If homes are not highly insulated and don’t have cheap sources of power, energy bills are astronomical in the harsh winters. Homes in Malmö, for instance, are all built to the German Passivhaus standard, which means virtually all heating and cooling is delivered without additional power.

This distinction has to be understood when trying to replicate the Scandinavian model. As the NHBC’s Farookhi says: “This means the relationship between the energy industry and construction is much more mature. Construction is about creating thermal efficiency, not mini power stations.”

The developments in Hammarby and Malmö need residents to play ball, or green targets will not be met. The recycling systems require a degree of co-operation way beyond that expected of residents in the UK in terms of separation of waste and community spirit. In addition, many of the prefabricated building systems and the PassivHaus design standards require restrictions on how residents can act in their homes. Many of the windows do not open fully, for example, and have mechanical ventilation instead.

Homes in Malmö have appliances chosen and supplied by the builder. Some people maintain Swedes have a sense of collective responsibility that has allowed these measures to be successful. The question remains whether people in the UK would be happy to allow their personal preferences to be subsumed to the greater good.

Farookhi says: “The Swedish consumer seems to have energy efficiency higher up the agenda and communal living seems to work better there.”

What is it? An urban neighbourhood of 11,000 homes, built on the site of an old industrial harbour.

When was it built? Plans were formed in 1996 and construction will be completed in 2015.

By whom? The basic plan was conceived of by Tengbom Architects on behalf of Stockholm council, which owned the land. Development was carried out by 25 developers.

How green is it? The aim of the development was to have half the environmental impact of a similar scheme built in the nineties. From Hammarby 75% of journeys are made by public transport, against a target of 80%, 70% of heating needs are met by locally produced energy from household waste and water usage has been reduced to 100 litres per person per day.

What is it? An urban neighbourhood of almost 10,800 homes on a reclaimed port area in Malmo.

When was it built? Building commenced during the 2001 Swedish Housing Expo, and is continuing.

By whom? The local authority oversaw the masterplan, with construction completed by 20 developers, each on small plots.

How green is it? The aim is to get 100% of power from local renewable energy – although district heating systems already cover 90% of the city. There are 1,400m2 of solar collectors to provide heating, as well as
ground-source heat pumps.

However, the plan to turn organic waste into biogas hasn’t been successful because residents are putting the wrong type of waste in the collecting bins.