Sweett board lambasts Ives’ bid to retake control of firm

Board deems actions of former chairman ‘motivated by emotion’, ahead of shareholder vote on 9 May 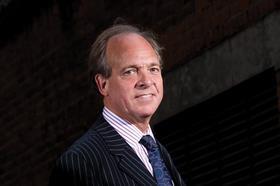 The board of Sweett Group has slammed former chairman Francis Ives’ bid to retake control of the company.

The board said in a statement to the City on Wednesday (10 April) that it believed Ives’ bid was “motivated by emotion” and he was not the right person to lead the company.

An extraordinary general meeting (EGM) will be held to vote on whether to reinstate Ives on 9 May. Circulars produced by Ives and the board putting forward their arguments for and against the resolution respectively were sent to shareholders on Wednesday.

Ives (pictured) – who led Sweett for over 19 years – and other shareholders holding a total of 14% of Sweett Group’s stock, requested an EGM to vote on a proposal to replace current chairman Michael Henderson last month.

Sweett said Ives is seeking two ordinary resolutions requiring a simple majority to pass - to remove Michael Henderson as chairman and remove any director appointed between the application date and the EGM - and a special resolution to appoint himself as executive director and chairman requiring a three-quarter majority.

Ives told Building he was seeking legal advice on “several counts” regarding Sweett’s actions since he requisitioned the EGM, including the firm’s decision to make his re-appointment subject to a special rather than ordinary resolution.

He said he was also seeking legal advice on Sweett soliciting proxy votes, after Sweett Group’s board emailed staff last Friday inviting them to back the board and to cast a proxy vote by Monday (8 April) against Ives’ resolutions. The form invited shareholders to delegate Sweett chief executive Dean Webster to cast their vote against the resolutions.

Lawyers told Building that sending out proxy forms in advance of a formal notice was unusual, but it would be legally valid providing the firm adhered to company law. Lawyers also said that board appointments were typically subject to an ordinary resolution, but they could be subject to a special resolution subject to the company’s articles.

A Sweett Group spokesman said the firm was “extremely comfortable with its legal position”.

Ives urged shareholders to “ensure they’re in possession of all the facts before making a decision”.

Sweett Group rejected several of Ives’ claims in the circular he submitted in support of his EGM resolution, including that the firm was excessively indebted, that Henderson had refused to consider a strategic review of the business, and that Sweett was not acting like a global business.