Electrical contractor T Clark said turnover last month fell to just £10m after dozens of its sites were shut because of the covid-19 pandemic.

The firm said it has so far spent £3m restructuring the business in the wake of the crisis which it said would produce annual savings of £4m – of which a £2.4m saving will be made this year. 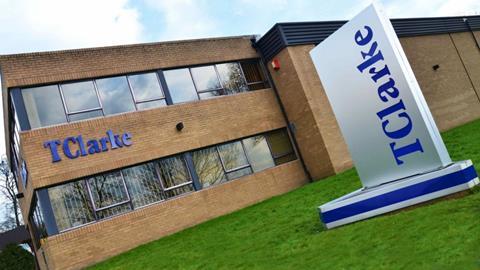 Despite April’s collapse in income, the £335m turnover firm said it expected to break even in the second quarter with underlying operating profit for the half year set to be around £2m – although this will down by more than half from the £5m reported in the six months to June 2019.

In a trading update this morning, the firm said it turned in an underlying operating margin of 3% on a turnover of £70m for the first three months of this year.

The firm, which has a forward order book of £408m, said it had extended its banking facilities but warned it was not possible to give full year market guidance until it publishes its half year results on 21 July.