10
Take in the view
News

Take in the view 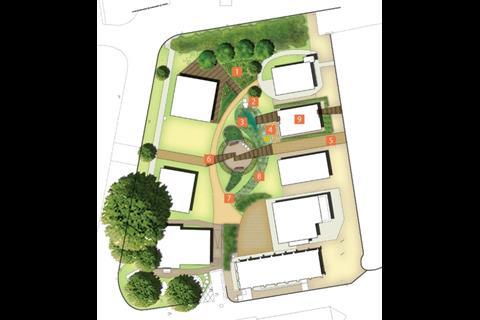 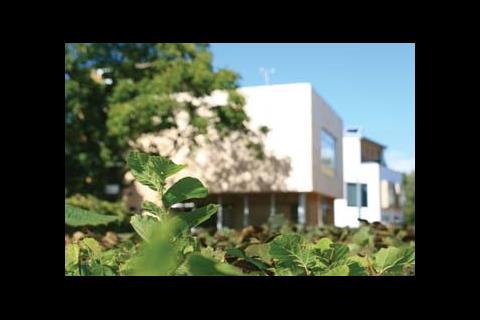 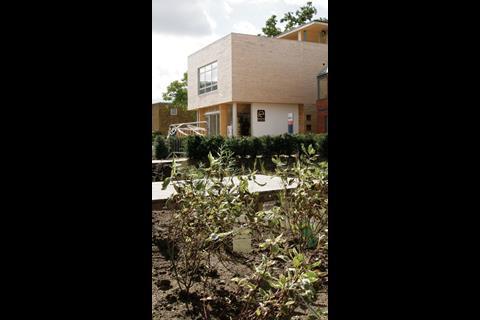 In the quest for a high Code for Sustainable Homes rating, there has been a mad scramble to design energy and water-efficient homes, but hardly anyone seems to mention what happens once you step outside the front door.

Yet getting the landscaping outside a home right could make all the difference to the final score. “The landscape can mean the difference between five or six stars,” says Peter Wilder, director of landscape architect Macfarlane Wilder. “Some of the most important elements of the code are about water use, sustainable drainage and of course biodiversity.”

Twelve per cent of code points are allocated to ecology and a further 2.2% to water run-off. In comparison, 9% is allocated to water use – and the landscape can contribute to meeting that target, too.

As these numbers indicate, landscape is set to be the next big thing in sustainable housing. Macfarlane Wilder has just designed the first ever landscaping scheme to be evaluated using the code - it has provided the six homes at the BRE’s Innovation Park with a pleasant external environment, including hard landscaping, water features and greenery.

This also provides a sense of continuity between the different house styles. “It’s not just about the zero-carbon house itself,” says Wilder. “It’s about the quality of the environment, the ability to bring nature into urban developments and water management.”

The landscaping performs a number of functions, Wilder says. These include collecting and storing water that falls on to the site and attenuating any run-off that could contribute to flooding.

Twelve per cent of code points are allocated to ecology and a further 2.2% to surface water run-off. In comparison, 9% is allocated to water use – and the landscape design can contribute to meeting that target, too

This calls for an integrated approach to design – Macfarlane Wilder was part of the team designing the rainwater collection and storage elements of Kingspan’s Lighthouse.

Wilder says high code levels demand close integration between the house and its external environment. “There’s a much greater synergy between the development of the landscape and the building technologies,” he says. The park has materials made using recycled materials or with low embodied energy.

Plants are central, too, as they are good at colonising contaminated sites and attracting other plants and animals back to previously derelict land. This means the design of a landscape can play an important role in regenerating former industrial areas.

All these factors mean the landscape design is central to creating genuinely sustainable communities. Wilder is very pleased with the end result at BRE’s park. “For such a small, simple scheme we have demonstrated some very fundamental principles,” he says. “In the future we will be looking at homes that rely on a well-informed landscape design to help achieve code credits and an integrated community around highly technological houses.”

According to Peter Wilder, director of landscape architect Macfarlane Wilder, a development must make a “significant contribution” to the biodiversity of the land it occupies to get code points. This is judged by an ecologist, who measures the number of plant and animal species before work starts and after it is completed. “A lot of developers don’t get the site assessed at the beginning, so they lose points,” says Wilder. At BRE’s site, 75 native plant species have been introduced, resulting in maximum code points. Wilder says even if a site has a high biodiversity before work starts, a good way to gain points is to add a wetland element that can be combined with a sustainable urban drainage system.

Several ways of managing water and its progress through the site have been tried out. The first is collecting water for use in the home and watering the park. Rain that falls on to the Lighthouse’s roof (2) runs down a series of chains into a 1,200 litre underground tank. It is then filtered and used for flushing toilets and running the washing machine.

In another area there is a tank under a permeable paved area. A heat pump is used to extract heat from the water in this tank. Excess water from these systems, together with water collected from the rest of the permeable paved area passes into a long, shallow vegetated channel called a swale that directs water towards a filtration pond (7). This runs down the centre of the park. As the water passes along the swale, sediment can settle and bacteria can breaks down pollutants.

At the BRE Innovation Park 90% of the hard landscaped surfaces are permeable. The idea is to stop water pouring off areas such as driveways straight into drains, which could then become overloaded and flood.

Permeable hard surfacing products come in a variety of forms. Porous paving, which can be used on driveways, paths or patios, incorporates gaps that allow water to pass through. Another is Cedec, a type of gravel made from crushed granite and quartz which provides an attractive self-binding surface. This is chemically neutral, so will not affect plants.

Water can drain through these types of surface either into the ground, where it soaks away naturally, or it can be directed towards another water attenuation feature.

The filtration pond (3) stores water and gradually releases it back into the environment. It also provides a habitat for wetland plants such as reeds. A device called a vortex flow control (2), made by Sustainable Drainage Solutions, manages water release from the pond. It is described by Wilder as “a really useful bit of kit”. Regardless of how much water is fed into it from the pond, it is released back into the storm drain at a rate of no more than 2 litres per recond. Wilder says this release rate is equivalent to a flow rate of 7.5 litres per second per hectare, which is the same rate of flow as a one hectare green field.

Points are awarded for the use of environment-friendly materials in homes and landscape elements. The paving products contain recycled aggregates (2) and the oak timber decking was sourced locally (6). The pond liner is chlorine free and the top soil is a by-product from British sugar – soil washed from sugar beet is collected and sold.